Yeah, I know. It’s been a while since either of us did one of these, but I came up with this idea in the best way possible: by not looking for it! Anyways, let’s go!

So….let’s talk about Meet the Robinsons again for a little bit. No reason, I just want to talk about it.

WARNING: If you still haven’t seen Meet the Robinsons yet, don’t read any further because I’m going to spoil the crap out of this film! You’ve been warned! 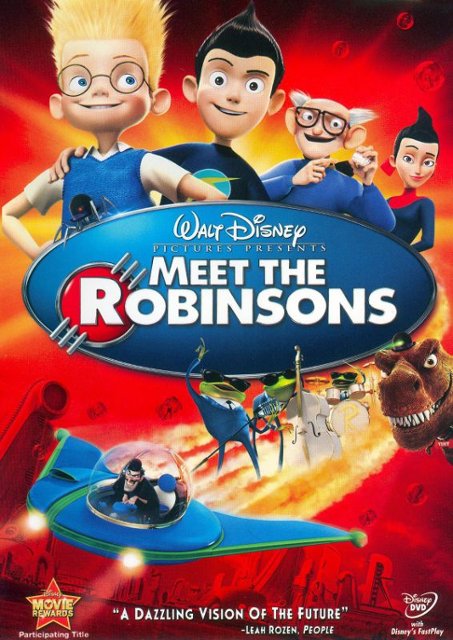 Meet the Robinsons is an in-house Disney animated film loosely based on the children’s book A Day With Wilbur Robinson (as Damon already noted in Cartoon Country) which debuted in theaters in 2007. The movie was about a twelve year old budding inventor named Lewis who meets a boy from the future named Wilbur Robinson who takes Lewis to the year 2037 to meet Wilbur’s quirky family after a mysterious yet incompetent villain known simply as “Bowler Hatted Guy” steals Wilbur’s dad’s time machine. The movie fared well at the box office and remains one of the Mouse House’s more underrated hits.  So surely, Disney would want to cash in one the movie’s success and turn MtR into a franchise by making it into a TV series for children. Surely.

It never happened. There were plans for a sequel to the film with the working title Meet the Robinsons 2: First Date, but these plans were scrapped when John Lasseter became Walt Disney Animation Studios’ new chief creative officer, he called off all future sequels DisneyToon originally planned.

So as of this writing, Meet the Robinsons was never made into a TV series, and honestly, it’s not hard to imagine why, for a number of reasons:

For starters, no one would want to see a MtR TV show set in the boring present; said show would need to take place in the fantastical future, and the film’s main character, a twelve year old genius inventor named Lewis, couldn’t stay in the future for reasons that should be obvious to anyone who saw the film. for those who haven’t (SPOILERS)… 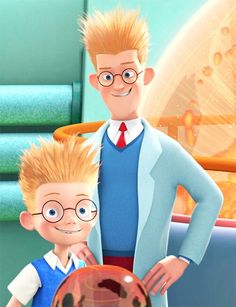 …Lewis turns out to be Cornelius Robinson, Wilbur’s dad in the future. Lewis can’t just live with his future self. That would create a time paradox, and if you’ve read any sci-fi novel, you know that’s bad.

Sure, you could conceivably have a series in which Lewis and Wilbur are traveling through time getting involved in all kinds of wacky shenanigans, but I don’t think that many people would want to see that (I know I wouldn’t). Also, Wilbur couldn’t be having buddy adventures with his father’s younger self. Not only would that potentially alter the future, but… 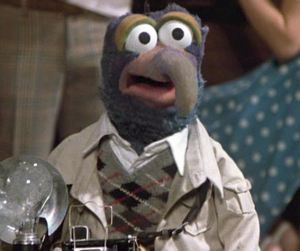 Another reason is likely because of the Robinson family themselves. 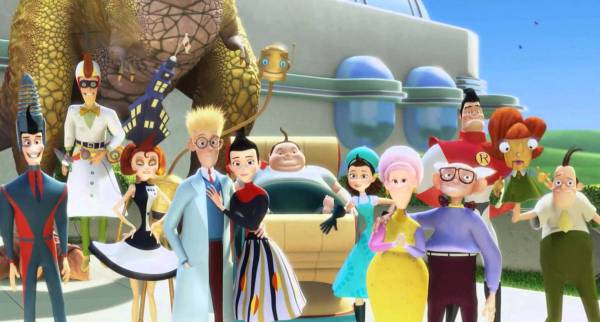 While these characters were enjoyably and entertainingly weird, quirky and fun, the fact of the matter is that most of them were not integral to the film’s plot. At all. Among the Robinson’s various members, the only important ones were Franny, Cornelius, Bud and Lucille. The rest of them were just kind of…there. They were much more minor characters (although each of them was a personality rather than a cipher). They contributed to what’s essentially a single character: the lot of them. After their initial scenes, the relatives’ main function was to fill up the numbers.

Also, it’s entirely possible that Disney didn’t see a ton of merchandising potential with a fictional family where most of the members were adults. The general mode of thinking for kid-vid producers is that kids want to see themselves (i.e., other kids) on shows tailored for them. Kids don’t want to see a show starring a bunch of grown-ups unless there’s something special about them (EX: They’re wizards, super heroes, special agents, etc.) Wilbur was the only kid Robinson. In order for a MtR TV show to work, he would need a buddy; someone his own age to have fun and to get into trouble with, and that character couldn’t be Lewis for reasons that were stated previously. Disney wouldn’t be able to build a successful toy line from that and we know how TV executives think:

So yeah, for the reasoning above, I can see why Disney never attempted a Meet the Robinsons TV show. However, I’d like to now offer my ideas on how a potential animated series based on Meet the Robinsons could work. Here’s my pitch:

In the movie, Lewis travels to the year 2037 and meets his future family. That’s only 27 years from now. Therefore, I suggest that we set this series even further into the future and focus on a new generation of Robinsons. 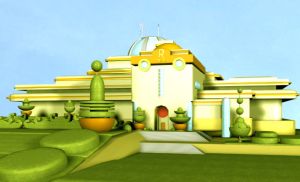 The Robinson’s famous mansion would be the show’s main setting and where many of the episodes would take place.

Damon suggested that as a way to directly connect this show to the 2007 movie, this series could feature Wilbur Robinson as an adult with a family of his own. 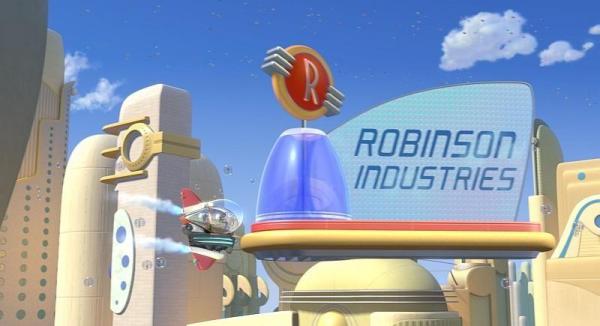 Adult Wilbur would be the current president of Robinson Industries, having inherited his famous family’s business and compound. And even though this would be a Disney production, we won’t be killing off the mother of this family! Wilbur would be happily married with a wife and several children. 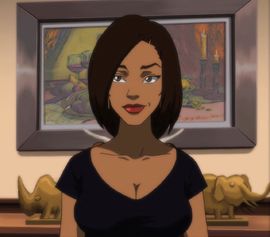 Heck, while we’re at it, Wilbur’s wife could not only be alive, but black! The two of them could have some mixed race children. Who says that all of the Robinsons have to be white? We’re progressives here. Deal with it!

So the series would focus mostly on the Robinsons children, each of whom has their own set of quirks, obsessions and talents, which would make for some entertaining moments as they all play around getting into futuristic hijinks in their wacky, high tech, physics defying mansion. Each episode could consist of several recurring segments taking part in various parts of the mansion and focusing on one or more of the Robinson’s children, with the parents showing up at certain points to join in on the fun. Also, since these Robinsons would all be siblings, the audience wouldn’t have to spend any time trying to figure out how they’re all related. 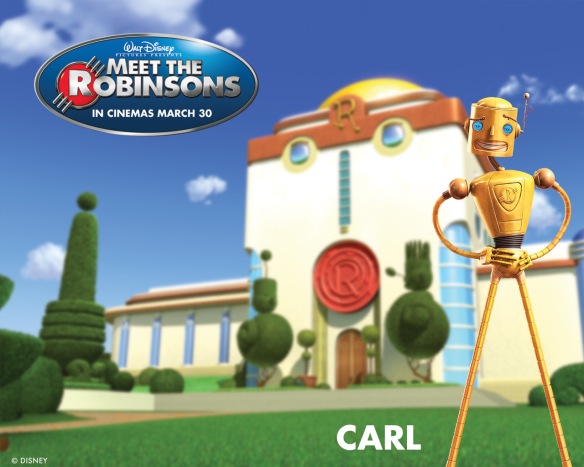 And hey, Carl the servile robot could still be there. After all, he’s a robot, and robots don’t age. He could just be upgraded. 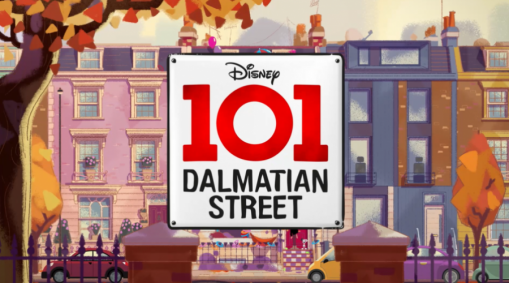 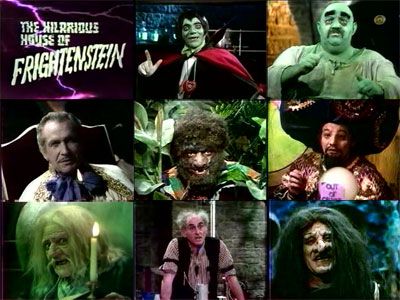 …and The Hilarious House of Frightenstien into a blender and called it a show, but I think it’s pretty good for something that I just pulled out of thin air after one evening in front of the TV. If anyone at Disney studios happens to read this and you like the idea….

You can transfer me the royalties. No checks, please.