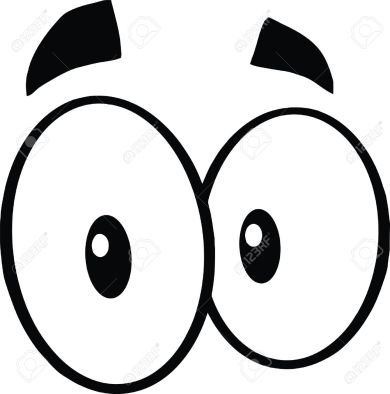 Hey there. It’s been a while, hasn’t it?

-Before we begin, I just to keep you guys abreast of what’s been going on with us. As those who’ve been following us know, last year we planned to stop blogging and switch this site over to visual media (videos, online comics, etc.); those plans have not been abandoned (we’re writing up scripts, taking notes and saving up for the necessary equipment and tutorials even as I type this), but at the same time, we’re not content to just sit on our hands and do nothing while we prepare to make that jump. We’ve been fairly active on Tumblr (that’s twinsanitycomedy.tumblr.com for those who are interested), but we’ve been compiling ideas since then and we still have a creative itch that needs scratching. So, while we in the process of transitioning, Jason and I will continue to make the occasional blog post here until then. It’s not going to be at the pace it has been years ago; our current schedule and priorities won’t accommodate that, but ideally we’d like to put up at least 1 or 2 blog posts per month until we’re ready to start making videos full time. Now, on with the silliness. 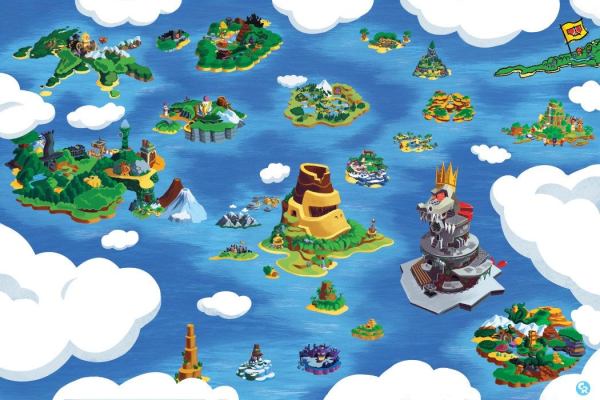 One setting/oeuvre that I’ve been digging these past several months is the tropical island setting, in particular Magical Islands. Those tropical paradises where it’s always sunny and funny and exotic creatures and magical phenomena abound. Today’s Nerdvana will be spotlighting some of my favorite magical island settings/shows/stuff.

First, I’ll be giving an honorable mention to Jaama, the setting of Animal Jam. 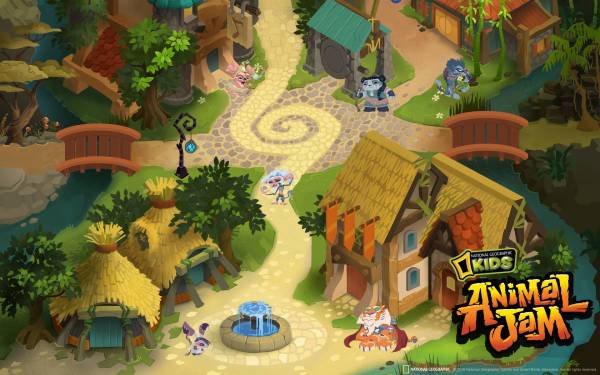 While I’m indeed enthralled by Jaama, I won’t be covering it at great length here since I’m currently doing a Pop Dream on Animal Jam (which I do plan to continue this year, I promise!), so anything I’d say about Jaama here would be redundant. I’ll save my thoughts and feelings on Jaama for the upcoming Pop Dream installments. Also, like many of these Nerdvanas, these won’t be in any particular order, so I won’t be numbering them.

Let’s do this, people! Smiles, smiles! 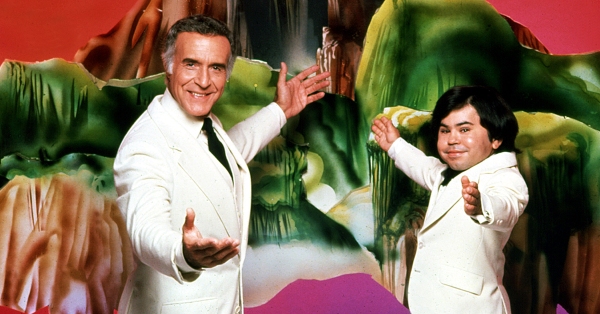 I love that song. Now, on to the meat: some of my favorite enchanted island settings.

Like many folks who played games in the late 90’s through early ’00’s, I loved the Donkey Kong Country series. Putting DK in a sprawling jungle island setting and giving him a ton of new friends, enemies and areas to explore was a stroke of genius.

One thing I love about Donkey Kong Island (NOT Congo Bongo, BTW!) is how it houses several different and radically diverse areas and climates within it: forest, dessert, grassland, brambles, ocean, beach, frozen wasteland, bayou and of course rain forest.

Plus, the DKC games gave us the Brothers Bear. I love the idea of multiple siblings with names that begin with the same latter and each of them has their own personal quirks and shticks.

Hmm, I wonder if Banjo is related to these guys. Distant cousin, perhaps?

-You know, that could be a separate Nerdvana unto itself. Hmmm…..

Jason already covered this show on Brain Candy, so I’ll keep it brief; I’ll just say that Warner Bros. Studios are fools for giving up on this idea so quickly.

Yeah, the art style takes some getting used to (Mark Marek wouldn’t have been my first choice for the designs, and I’m definitely not feeling the long pants on Bamm-Bamm) but how could anyone not love the idea of a savage land filled with wild, dangerous dinosaurs existing just adjacent to Bedrock? If you ask me, YDD! was just the shot in the arm the franchise needed.

People are free to disagree with me, but I thought the running gags involving Dino running for the hills at any given opportunity and the Wikipedia spoofs with Pebbles were funny.

Plus after 2 failed attempts, the studio finally found a way to work Captain Caveman into the Flintstones mythos that actually made sense. Make Cavey the Tarzan of The Crags. Making him a jungle wild man would finally explain why he looks and acts so differently from the civilized citizens of Bedrock; obviously if he spent his entire life in The Crags he wouldn’t be straight-laced and civilized. Come on, guys, it’s right there!

CRAIG OF THE CREEK

Yeah, I know I’m late to the party with this one; I’ve only recently discovered this show, but it’s good, despite not getting the press or attention of CN’s other current shows. No, it’s not a multi-layered, hyper-emotional, grand sprawling epic like Infinity Train or Steven Universe, but every show doesn’t have to be that. You don’t always need a 5-course turkey dinner, sometimes just a nice burger and fries will suffice.

Like Yabba Dabba Dinosaurs, one thing I like about Craig of the Creek is how there’s this crazy wilderness area just beyond the safe, peaceful, quiet suburbs that the kids all live in, and no matter how wild and crazy things get at the Creek, they can always just go home at any time. I like how the Creek boasts several different tribes and factions of kids of all types and colors, co-existing more or less harmoniously, such as: 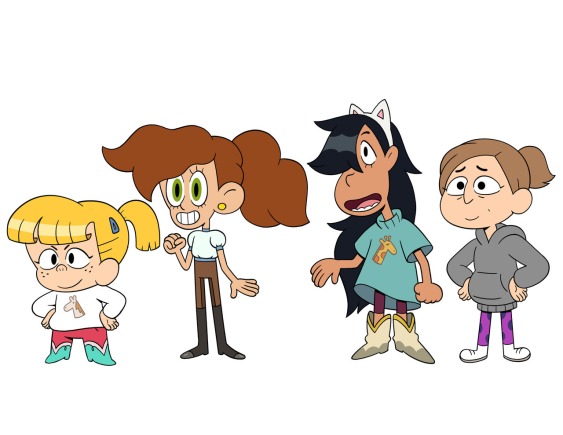 …The Horse Girls, a tribe of girls obsessed with horses (a tad sterotypical, but stereotypes have to come from somewhere…)

The Creek Witches, Tabitha and Courtney (in actuality a same-sex couple of Goth teenagers, and no, that’s not a joke; they really are a couple.)

A black Magical Girl from’outer space’ named Sparkle Cadet (where’s it carved in stone that all magical girls have to be white or Asian?)

You know, Craig, as the Creek’s resident map-maker, has already compiled a detailed list of these Creek Kids, so I won’t have to:

I’d be remiss if I didn’t give a shout-out to Craig’s best buds:

I admit she’s already a favorite character of mine; she’s basically what I’d be like if I were a short, white, Jewish girl.

He’s hilarious. That’s all I need to say!

I only have one real nitpick about this show: I think, despite the premise, the show’s a tad too grounded in reality. If it were my show, I’d spice things up a little:

Why not toss in some actual monsters?

And while we’re at it, why not toss in some talking animal mascots a la Terry Dactyl from The Funny Company? 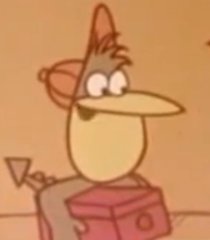 I guess you can tell I really like this idea. Was my nonstop yakking about the animal people from Dragon Ball and Animal Jam a giveaway?

-Side bar: another element of this show that needs to mentioned is how the titular character and his family are African-American without them being ethnic stereotypes. Yes, Craig’s family is black, but the producers didn’t set the show in the ‘hood, the family isn’t broke, mean or cheap, the slang and music on the show aren’t super-funkay, and the neighborhood the family lives in is ethnically diverse without race ever being an issue or the topic of conversation.

I applaud this. Truly good mixed casting is something we could stand to see more of on kids’ shows (shows in general, actually). It’s more honest, more interesting and a positive example for the kiddos. It’s one thing to get up on a soapbox and preach about folks getting along and respecting people different from you and not treating them differently because of their skin color or ancestry, but it’s another to show your lead characters simply living this way as if it were the most normal and natural thing in the world. Example can teach just as well as any platitude, perhaps even better.

This is the kind of cartoon I’d like to make myself one day: the ‘ultimate kid-centered domestic comedy’ starring a family consisting of 2 parents, some kids and some pets, featuring people of color and a range of ethnicities without race ever being a big deal. There’d be a gimmick of course, but the characters’ skin color wouldn’t be it. 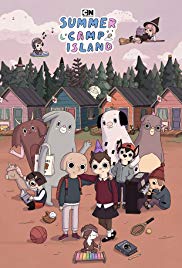 Another CN show that doesn’t get talked about very much, this one is a cute but odd little show about 2 best friends who are sent to stay at, you guessed it, a summer camp on a magical island, boasting such things giant monsters, a moon and clouds with faces…

…And 3 counselors who look like cutie-pie “popular girls” but are actually witches, magic powers, pointy hats, flying broomsticks and all.

The show’s cute, but I think it might be a little TOO ‘out there’. I don’t dig that all the characters are animals; heck, they don’t even look like animals; they look like lolicons with animal noses. Plus one of the characters is a sentient pair of pajamas!

“Gah! Head rush! I’m comin’ down too fast! I need some relaxing smooth jazz music and some orange slices, stat!”

If you live in the UK, you’ve likely seen these. Originally created for the Summer Olympics (hence the sports motif), these characters are cute jungle animals who live on a jungle island and adorn the cereal boxes at Tesco. They don’t always have to be complicated.

Ah, no. Not Tam Tam, but TEMTEM. The new steam game that mimics Pokemon, but in a good way.

TemTem is set on a set of floating tropical islands (which is why it’s on this list) called the Aerial Archipelago. 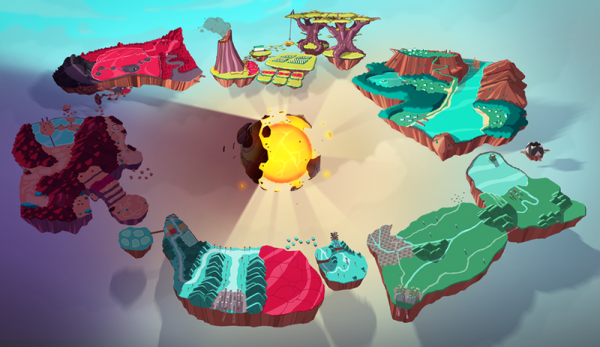 The TemTem themselves, in addition to being super-cute… 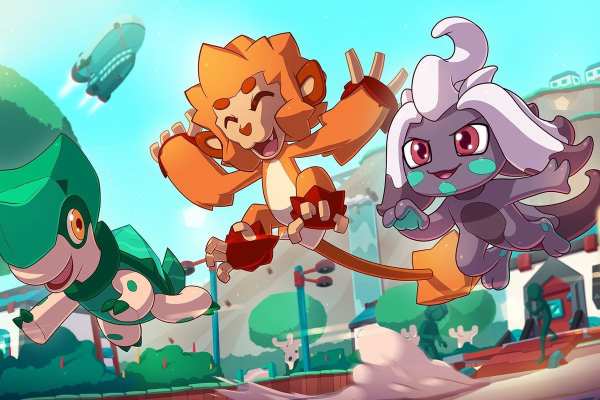 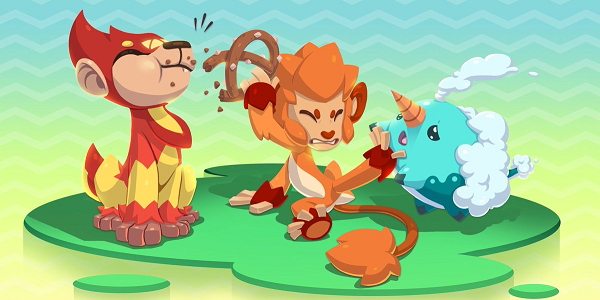 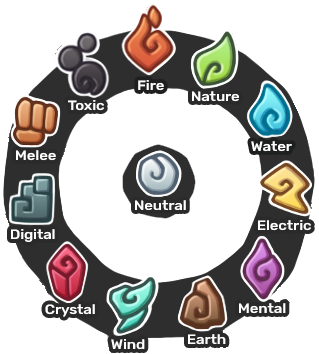 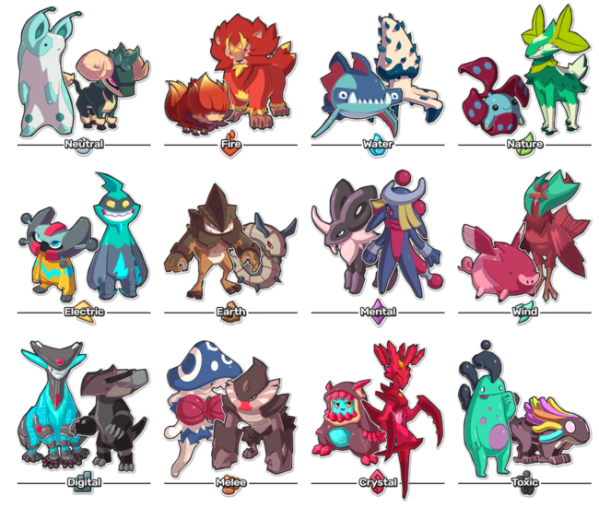 So it’s a Pokemon clone…with a tropical island motif. I dig it.

Plus, I just plain like the name: TemTem. It’s got that cool, native-sounding jungle island ring to it. Not unlike Jaama.

And there you have it. Some of my favorite magical tropical island imagery.

“Nah, hard pass. I’ve had my fill of island life. I spent years stuck on a deserted island, and when we finally managed to get off of it, we ended up stranded on a deserted planet! yeah, life’s fair!”