Well, the year 2019 is winding to a close and the year 2020 looms over the horizon, so as always, we’re going to our Year In Review and inform you about what to expect here at Twinsanity in the following year.

As you’ll recall, back in August we mentioned that we were beginning the process of transforming Twinsanity from a blog to a full blown website with video content. That’s still our main goal that we’re working towards doing. One main reason for this is because we want to be seen on camera. Our type of entertainment is largely a visual medium and we feel that videos are the best way to gain viewership, as many people would rather look at a video than read. Well, thankfully, those plans haven’t been scrapped; we’re still in the process of producing videos. We just have to get some more up to date equipment and so forth. However, while that’s still our main goal, we’re not content with just doing nothing creatively until we’re ready to make the jump to videos. Therefore, one of our goals for 2020 is to write at least 1 regular size blog post and 1 micro blog post (which you can find on our Tumblr account – twinsanitycomedy.tumblr.com in case you forgot) each month.

So we will indeed start putting blog posts here again come next year (albeit in a slightly smaller quantity), at least until we’re fully ready to start video production.

And yes, I will most certainly try to continue with the What The Funny mini series for Regular Show that I started back in June. I was hoping that I’d be able to do that one as a video series, but that will have to wait, at least for now. I don’t know what the next series that we’ll be doing for WTF after that one yet.

Similarly, Damon will be continuing his Pop Dream mini series for Animal Jam. As always, the mini series individual parts won’t be posted in a row, as we prefer to space them out. Hopefully, we’ll be able to finish them both by the end of next year.

Aside from that, there are no major changes in the planning. I’d like to write more Toon Adjacent segments, as I enjoy doing those, but there aren’t a great deal many of those yet. To myself, the Toon Adjacent segments are split into two subdivisions: Cool-lectibles, where we talk about toys and other merchandising based on cartoons, and Sweet Spots, where we talk about theme park and tourist attractions. I wanted to call the later Theme Snark, but that name’s already being used by YouTuber Charlie Callahan. In any case, I hope that we’ll be able to write more Toon Adjacent segments in 2020. We’re working for one for Warner Brothers World in Dubai and Abu Dhabi. It’s about 50% written as of today.

Cartoon Country and Brain Candy (formerly Highly Opinionated) will continue as they have been. I have to admit that CC is one of my favorite segments to work on, and Brain Candy seems to be working out well, so there’s no need to fix something that isn’t broken. Pretty much all of the segments will eventually make the jump from blog to video. I know that we haven’t written a Talkin’ Nerdy or Beyond the Background segment in a while, but we write these things as we’re inspired to do them.

We also hope to write more TV Special Showdown segments, as those are enjoyable to do. Same deal with The Retro Bin and especially The Cartoon Couch. 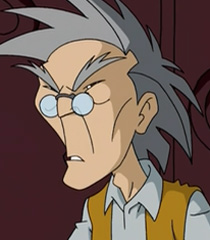 Since we joined Tumblr, we’ve been seeing some cool comics and cartoons posted there, which has re-ignited that itch to start drawing regularly again and to start posting our cartoons online; we may start doing that as soon as we learn how. (I know earlier we considered possibly starting a second blog devoted to fiction, but I think since then we agree that we’d rather do comic strips, since that gives us an excuse to draw, something we each want to get back into anyway.) We’ll either post them here after this blog gets remade into a video site, or we could just put them on our Tumblr account, or possibly both. (Which is another incentive to do comics as opposed to fiction; we wouldn’t need to create a separate blog for comics. The ‘fiction’ we were planning to do was just going to be short skits and vignettes anyway.)

Overall, there’s not a whole lot of new stuff to report. We plan to just keep doing what we’ve been doing until we’re finally able to start uploading video content. When that happens, this site will get a revamp with a new look and theme, so keep reading and watch out for updates which will be seen as we report them. We’ll see you next year! 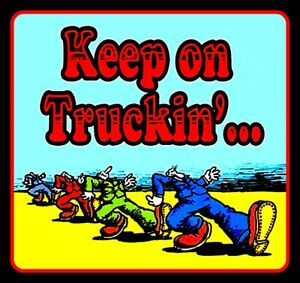