-First, let me preface this by saying that I’m digging the current DuckTales series, and I have absolutely no problem with the way the triplets are characterized on the show. I had to get used to their voices (Danny Pudi as Huey, Ben Schwartz as Dewey and Bobby Moynihan as Louie, respectively), as they’re supposed to be 10-year-olds but they sound like 20-something dudes, but I’m fine with how they’re characterized here. (I kind of wish the writers wouldn’t favor Dewey so much, but that’s a different vent unto itself.)

Which brings us to today’s Unpopular Opinion: while I don’t mind the way the characters are portrayed in the 2017 DuckTales series (with Huey as the brainy, by-the-book boy scout, Dewey as the attention-starved middle child desperate to make a name for himself and Louie the lazy slacker who’s always looking for the right angle to get rick quick without doing a lick of work), I think Disney was a little too quick to abandon the personas they developed for the triplets in the previous Duck series, Quack Pack. 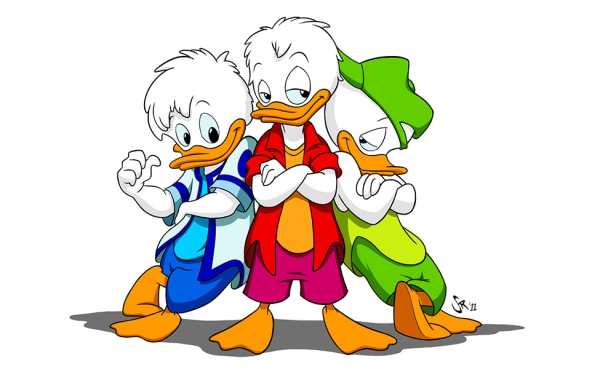 I didn’t think the Quack Pack versions of Huey, Dewey and Louie were that bad!

No, really, I’m serious. Hear me out.

Before I speak my piece (to prove I’m not crazy), a little history:

Beginning with the 1987 DuckTales series, the Mouse House decided to designate a specific color to each triplet in order to distinguish between them. From that point on, Huey was always dressed in red, Dewey in blue and Louie in green.

Here’s a nifty way to remember: The brightest HUE of the three is red, the color of DEW is blue, and that LEAVES Louie, and leaves are green.

Cool, but the characters were still basically the same; that changed with Quack Pack.

AKA the Titanic of Disney Afternoon shows.

Now, when I say that the Quack Pack characterizations of the triplets weren’t that bad, I’m not defending the show. I know the nicest thing anyone can say about Quack Pack is that it was a train wreck, but given it’s tumultuous history, it had no choice to be: it was the victim of 2 warring producers, one of whom wanted the show to be continuation of DuckTales, set in Duckburg with Scrooge, Launchpad, Doofus et al, while the other producer absolutely hated the Carl Barks continuity and wanted the show to be more reminiscent of the old Donald Duck shorts, in which Don and the main ducks predominantly interacted with humans. So the show had no choice but to be a disaster area from the get-go.

But the individual personalities the writers gave the triplets were not bad: 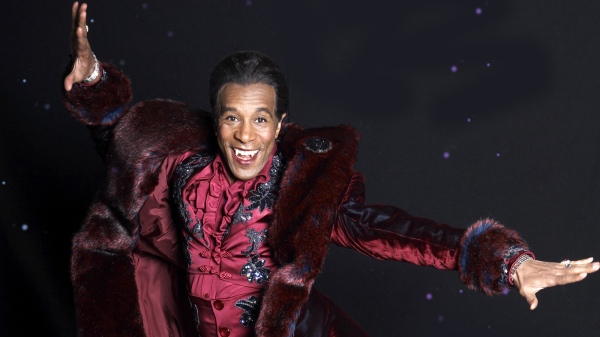 Think the Cat from Red Dwarf, only a kid, and a duckling.

Dewey the brainy one who was into all things geeky…

Geeky brainiacs sure seem to like the color blue, don’t they?

…And Louie the happy-go-lucky, somewhat thick slob who’s good at sports. Those were all decent characterizations, and in the hands of capable writers, they could’ve worked. The problem was that behind the scenes, things were a dumpster fire, plus the show’s producers tried way too hard to make the show “hip” and “cool” and “modern” (this ain’t your daddy’s Donald Duck!) and turn the triplets into “totally cool 90’s kids”, and it was LAME!

“DUUUUDE! The 90’s were Totally TUBULAR!”

So while I’m totally OK with the personas the triplets have currently, I don’t think the Quack Pack takes on the characters were bad either. They certainly weren’t the worst thing to come out of that show, not by a long shot.

-Of course, the 2017 show finally gave us the boys’ mom, Donald’s twin sister Della Duck, in the flesh..

And gave us a heartfelt reunion between Della and her boys (whom she wanted to name Jet, Turbo and Rebel)…