In February 2019, Warner Bros. Television Group’s Blue Ribbon Content announced that it is producing a film version of Hanna-Barbera’s The Banana Splits.

The film will venture into a horror-like setting, scheduled to be released through Warner Bros. Home Entertainment and to air on Syfy in the United States in 2019. According to the synopsis, a boy named Harley is spending his birthday with his family at a taping of the TV show. The outing takes an unexpected turn that involves a rising body count. 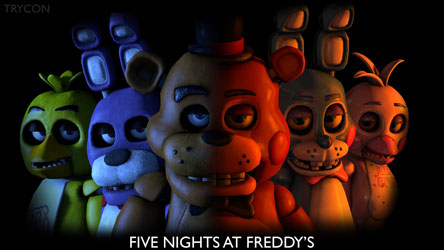 …but with the Banana Splits.

I’m generally not a nostalgic person, but I’d rather not have some folks’ initial exposure to this franchise be some Asylum-esque abomination. So in response to the announcement of this thing, I’m devoting today’s Nerdvana to the Banana Splits. The REAL Banana Splits.

Trivia Time: In his autobiography, Joe Barbera said that the show was to be called The Banana Bunch, but they could not get permission from the author of a children’s book by that title.

I can’t think of a better way of kicking things off than with that earworm of a theme song. Drop it!

The Banana Splits starred in The Banana Splits Adventure Hour, an hour-long, packaged television variety program featuring the Splits, a fictional rock band composed of four funny animal characters. The costumed hosts of the show were Fleegle (guitar, vocals), Bingo (drums, vocals), Drooper (bass, vocals) and Snorky (keyboards, effects). The group were created to be reminiscent of The Monkees.

Figure out for yourself which one was supposed to be Bingo.

In 1967, William Hanna and Joseph Barbera approached Sid Krofft and Marty Krofft to design costumes for a television show which would feature animated and live-action segments, with the whole show hosted by a bubblegum rock group of anthropomorphic characters. The format of the show was loosely based on Rowan & Martin’s Laugh-In. The Banana Splits Adventure Hour premiered on NBC on September 7, 1968 and ran until September 5, 1970, and in syndication from 1971 to 1982. The series’ sponsor was Kellogg’s Cereals.

The show’s live-action segment Danger Island, a cliffhanger serial, as well as the short-lived Micro Ventures, a part-live action, part-animated series consisting of only four episodes, ran alongside the animated segments Arabian Knights and The Three Musketeers. Actors Jan-Michael Vincent (billed as Michael Vincent) and Ronne Troup appeared in the live-action component Danger Island. All the live-action material filmed for the series’ first season, including the Banana Splits and Danger Island segments, was directed by Richard Donner.

But we’re here to discuss the show’s main attractions: the Banana Splits themselves. Break it down!

Fleegle the beagle was the only Banana Split who was a domestic animal rather than a wild animal and the only Split who didn’t wear sunglasses, but he acted as the de facto leader of the group. His distinctive lisping madcap voice was provided by legendary ventriloquist and voice actor Paul Winchell.

-Did you know that Disney animation voice actress staple April Winchell is the daughter of Paul Winchell? Well, now you do.

The cheeky gorilla and resident cut-up of the Splits was voiced by animation voice legend Daws Butler. His giant grin could never be duplicated…except by one other musician. 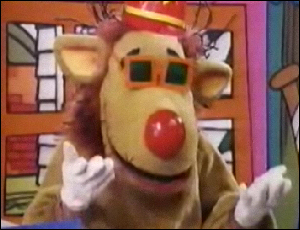 Drooper the lion’s laid-back Southern drawl, provided by actor Allan Melvin, is said to have been based on that of The Monkee’s Michael Nesmith. 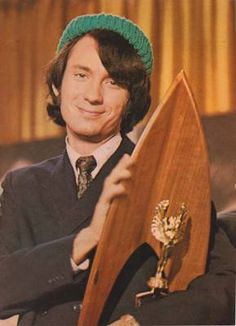 So Drooper was partially based on my favorite Monkee? Just one more reason for me to like these guys!

Snorky the elephant never spoke, communicating only via beeps and honking sound effects. He’s cleaned up considerably since his original appearance…

…When he was considerably shaggier, looking more like a woolly mammoth. But hey, it was the late ’60’s, lots of folks back then went through a hippie phase.

You would think that Snorky’s inability to speak (which automatically meant that he couldn’t participate in any verbal humor) would mean that he was less popular than the other Splits. But no…

In addition to engaging in wacky sugar-high levels of slapstick, the Banana Splits also performed pop music. The show’s theme song, titled “The Tra La La Song (One Banana, Two Banana)”, was written by N.B. Winkless, Jr., who also wrote the the “Snap, Crackle, Pop” jingle for Rice Krispies cereal, among other things. The song was released as a single, attributed to the Banana Splits, and peaked at number 96 on Billboard’s Top 100 in February 1969.

The Banana Splits’ bubblegum pop rock and roll was provided by studio professionals, including Joey Levine (“I Enjoy Being a Boy”, “It’s a Good Day for a Parade”); Al Kooper (“You’re the Lovin’ End”); Barry White (“Doin’ the Banana Split”); Gene Pitney (“Two Ton Tessie”) and Jimmy Radcliffe, who provided his songs (“I’m Gonna Find a Cave”, “Soul”, “Don’t Go Away Go-Go Girl”, “Adam Had ‘Em” and “The Show Must Go On”) but did not contribute vocals to Splits recordings.

Here’s a sample of the Bananas’ music prowess.

Admit it, if you didn’t see the giant felt mascots frolicking around, you’d swear that was Cream or Donovan or The Association.

The Banana Splits even spawned a dance craze, or they tried to, anyway. Here they are busting a move with their rivals, the Sour Grapes Bunch.

In 2008, Warner Bros. announced a multi-platform release featuring new comedy shorts and music videos; this debuted on Cartoon Network starting on September 2, 2008. The relaunch included a live show and a website, as well as a CD and a DVD featuring 13 new songs, released by Universal Records. In addition, a child-themed area named Banana Splitsville was placed at Myrtle Beach, South Carolina’s Hard Rock Park rock-and-roll theme park, which later became Freestyle Music Park before closing permanently in 2009. (So it went splitsville. Sorry, couldn’t resist.) For the new shorts, Fleegle was voiced by Bill Farmer (yes, for a time, Fleegle and Goofy had the same voice actor), Bingo by Frank Welker and Drooper by Carlos Alazraqui.

Yes, the man who voiced played Rocko, Deputy Garcia on Reno 911! and the Taco Bell Chihuahua was once the voice of a Banana Split. I told you these guys had celebrity cred.

Now you’re free to disagree with me, but I thought these were pretty cool; they captured the original series’ manic glee and joyful goofiness perfectly. Years back I posted an idea for a Cartoon Network program block called HBTV, which was basically DC Nation but for Hanna-Barbera properties, and these shorts would’ve made great filler segments for said block. Pity nobody at CN is willing to try this. 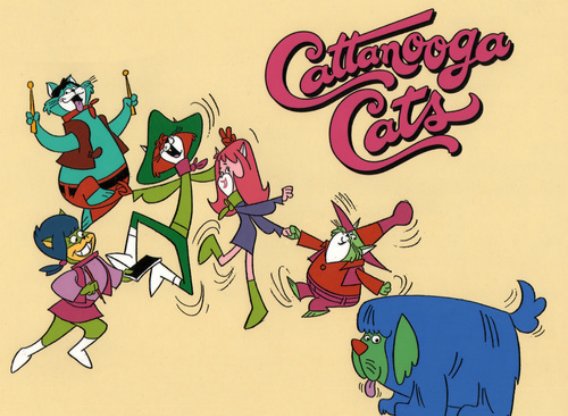 Seriously, GTFOOH with those poseurs and wannabes. There will only ever be one set of Banana Splits.