What The Funny: Free Cake

That’s right. I’m back in the driver’s seat (after Damon entertained us all with his Freakazoid! episode breakdown) with another WTF miniseries. This time around, the show that I’ll be spotlighting is Cartoon Network’s Regular Show!

True story; when I first got the idea to do What The Funny, I planned to start with Regular Show, but then I learned that Nickelodeon was planning to air a Rocko’s Modern Life revival special sometime this year, so I decided to start with Rocko instead. After that, I was so impressed with Damon’s Pop Dream miniseries for Barbie: Life In the Dreamhouse that I wanted to do a Pop Dream of my own, resulting with the one that I wrote for the family on The Loud House. This brings us to now. No more holding back. After being delayed twice, I’m finally going to embark on my favorite episode breakdown of one of my favorite Cartoon Network original shows.

Everyone who’s been following this site for the past two years already knows how this will work, but I just want to mention a couple more things: First, I’ll only be doing the standard episodes. I won’t be covering any of the half hour specials because we have a separate segment for TV specials. Second, I won’t be covering any of the episodes form RS’ final season in space. I know that the series finale was noteworthy, but there weren’t a wide abundance of laughs to be found there, and comedy is what this segment is all about.

Having said all of that, on with the fun!

The first episode that I’ll be covering here is episode 5: Free Cake.

Synopsis: Mordecai and Rigby develop a craving for chocolate cake, and decide to throw a birthday party for Skips in order to get it. 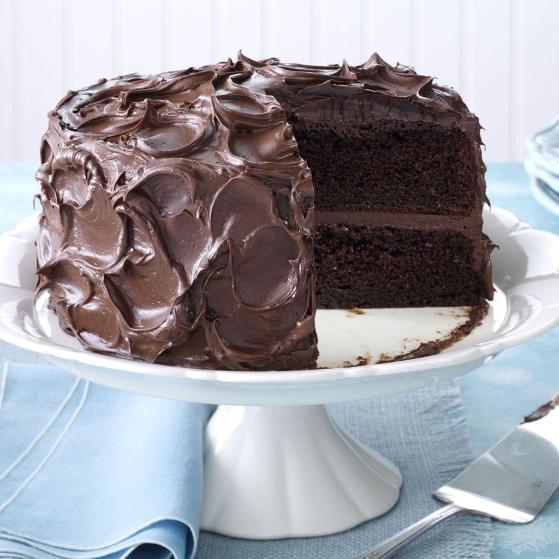 And who can blame them? Baby, what you tryin’ to do to me?

Rigby digs up a good-looking plate from the trash in the back of the house. ‘Cause he’s a raccoon and going through the garbage is what raccoons do. When they try to buy cake mix at the grocery store, they believe that the cake mix is too expensive ($1.50).

Wait. $1.50 is too rich for their blood? Either these guys are really bad with money or Benson must pay them with game tokens.

Then they try to find a free cake, but all their attempts (they try to get some at a wedding and attempt to get a cake at a “free store”) fail.

One bit in the episode that I like is how whenever it looks like Mordecai and Rigby will have some cake, they do this chant:

…And when their hopes are shattered, they go into this chant: 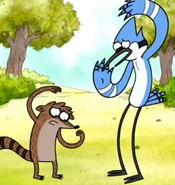 Finally, the duo see a chocolate cake at the snack bar, so they attempt to trick Benson into giving them the cake. Benson says they only get the cake if it is either of their birthdays (which it is not).

Enter Pops, the naive man from Lolliland. Also the son of the park’s owner. Pops likes Mordecai and Rigby, so he’s basically the only reason why these guys still have a job there.

Pops informs them that it’s Skips’ birthday, but that Skips always evades birthday parties by secluding himself in the woods. Mordecai believes that Skips deserves a party because he is always there to help. Benson agrees (egged on by Pops) and says to the two that they will throw a party for Skips if they can get him in on it.

Oh, yeah, let’s talk about Skips for a second.

This is Skips. He works as the park’s groundskeeper. He’s also a centuries old yeti who’s gravely voice is provided by Mark Hamill. 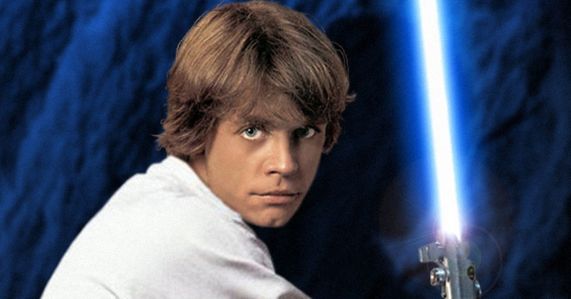 In the house, Mordecai and Rigby wonder how they will involve Skips. Rigby suggests that they should ‘kidnap’ Skips, but that doesn’t work out. Finally, Mordecai gets the idea of throwing a surprise party. When they ask Skips to spend time with them that night, he refuses. Rigby and Mordecai decide to lie to Benson. Mordecai and Rigby tell Benson that Skips wants a surprise party at 8:00 at his house (as well as a chocolate cake). Benson gives them the key to the snack bar and tells them that he will punish them with a month’s worth of dish duties should he find out that they are not telling the truth.

After getting the cake, the guys walk into the woods in search of Skips. Rigby, being the unleashed id that he is, of course wants to nosh on the cake. Mordecai says not to touch the cake, but Rigby remains as eager as ever to have a bite. Also, I love this line from Rigby to Mordecai: 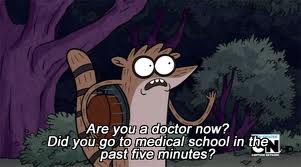 Meanwhile, back at Skips’ house, Benson says to turn off the light because it is almost time for the party to begin. In the darkness, Muscle Man eagerly undresses himself, but Benson reminds him that it is “not that kind of party”.

Back in the woods, it’s almost 8:00 and Skips is still nowhere in sight. Rigby starts thinking about eating the cake, but Mordecai argues against it. After a few minutes of squabbling over the cake, they hear an eerie noise.  The two stumble across Skips performing an ancient ritual around a mysterious blue bonfire in the middle of the woods. Rigby then startles Skips and thus interrupting the ritual. It turns out that Skips was actually performing an ancient eternal youth dance to sustain his immortality for another year. A figure named Gary descends in his car and takes Skips away, but Mordecai and Rigby manage to hitch a ride as well to see where they were going.

Gary’s car eventually stops before The Guardians of Eternal Youth. 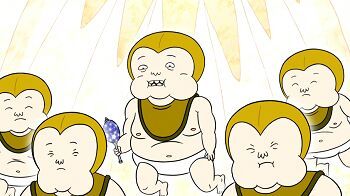 The Guardians are angry with Skips for failing to finish the spirit dance. Skips tries to explain, but the chief declares that once a decision is made, there’s no overturning it. The Guardians begin stripping Skips of his immortality by shaking their rattles, aging him and causing him to crumble to ashes.

Mordecai steps forward, along with Rigby, and they explain the situation to them. Fortunately for them, the Guardian’s fondness of cake spared them. The chief would let Skips have his life for the chocolate cake.

That’s the power of chocolate cake!

Mordecai, Rigby, and Skips are sent back and Skips’ birthday party starts. They give Skips their plate as a birthday present. Benson finds out the duo can’t be trusted, but says that Pops was able to get a spare cake just in case. Then, Mordecai and Rigby each help themselves to a slice. It’s a happy ending….well, almost. 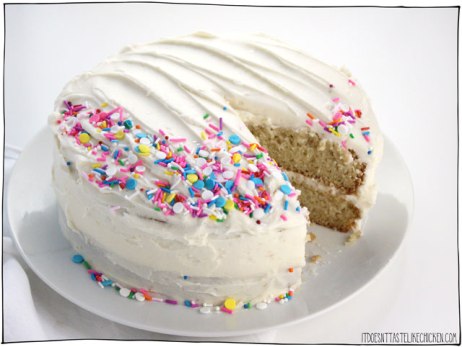 Hey, vanilla cake isn’t bad. You’ve just got to have plenty of toppings.

This was a good episode. There were plenty of laughs to be had here and the all of the characters played off of one another well. It was great seeing a simple desire for some chocolate evolve into all of the surreal lunacy involving ancient rituals, eternal youth and magic. Once I saw this episode, I knew that I had to keep watching.

Next time, it’s Just Set Up the Chairs. Stay funny.