Just when you thought it was safe to return to Twinsanity…..

Today’s Cartoon Country is all about a show I’m grooving on right now: New Looney Tunes.

For the uninformed, New Looney Tunes began as Wabbit: A Looney Tunes Production. Stylized as wabbit. and known also as bugs! in parts of Europe, the Middle East and Japan, Wabbit is/was an American animated television series from Warner Bros. Animation. The series premiered on September 21, 2015, on Cartoon Network, and later premiered on October 5, 2015, on Boomerang. Eventually, the series was rechristened New Looney Tunes and its’ universe was expanded to include the rest of the Looney Tunes gang.

I probably don’t need to say this anymore, but like all of the Cartoon Countries, this isn’t a review; I won’t be breaking down any of the show’s specific episodes, for the simple fact that I can’t; currently the series isn’t airing anywhere in the US (on March 7, 2017, Turner and Warner Bros. announced that the unaired episodes will be released on Boomerang’s SVOD service, but there doesn’t seem to have been any follow-up to that), so I’ve only caught sporadic glimpses of New Looney Tunes, much to my chagrin. (Fun Fact: I had originally planned to examine New Looney Tunes as a What The Funny, but was unable to due to the lack of resources, references, clips, stills and information available.) Instead, I’ll just be giving a brief overview of the show and my views and opinions on it.

The series returns to its’ slapstick roots. This is a good thing, as physical comedy was something NLT’s predecessor, The Looney Tunes Show, was sorely lacking. FTR, I thought The Looney Tunes Show was just so-so; I didn’t hate it like so many other people on the internet, but I’ll openly admit that it wasn’t what I wanted from a new Looney Tunes series. Intro time. (I know I showed this here once already, but it makes me happy, so here it is again:)

Some characters are given new traits. For example:

Elmer Fudd returns, and about time too, I say. Elmer was barely featured on The Looney Tunes Show and I thought it was weird how in this new series which stars Bugs Bunny and whose title is in ‘Elmer Fudd-ese’, didn’t feature the character until now, but Fudd is back, and he’s still no match for Bugs. 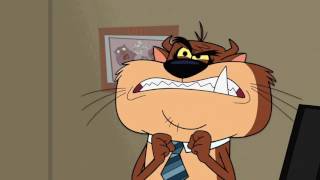 Taz here (in what as far as I know is his only appearance in the series so far) is ‘Theodore Tasmanian’, employed as an accountant who tries to repress his savage nature.

OK, this take on Taz is a bit weird. It’s funny to hear Taz speaking full sentences, but it’s just kind of strange. I’m not sure if the show will keep Taz in this guise for future episodes, but I’m sure fans like this more than Taz being a pet like he was in TLTS. (Though to be fair, I didn’t think that was a bad idea either, I just wouldn’t have made him Bugs’ pet, as animals keeping other animals as pets is just weird and kind of…wrong somehow. I’d have given Taz to Granny or something.)

There are also new characters (Yes! I’m glad that the producers are mixing things up and adding new characters into the fray rather than just relying on old formulas), such as Squeaks the Squirrel, whose nonsensical chattering is provided by Dee Bradley Baker…

…And the weakest character in my opinion, Bigfoot, a childlike, mindlessly destructive and very, very, very stupid Sasquatch who routinely calls Bugs “Lady”. I don’t find Bigfoot especially funny, but it is good that the producers aren’t afraid to knock Bugs around a little; this keeps him from becoming smug and too perfect to be interesting.

And then we come to Daffy. Insane. Unhinged. Totally nuts. Woo-hoo-ing all over the place.

And this is my reaction. 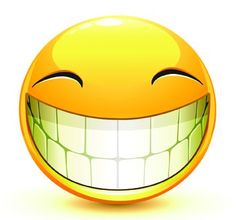 THANK YOU! I’ve already elaborated on this in Unpopular Opinions, but I am SO glad to see Daffy Duck being a nut-job again instead of a greedy, selfish, cowardly a-hole! This series gets my respect just for bringing my favorite take on my favorite Looney Tune back!

Now, with the slapstick comedy back, Bugs back in the rabbit hole, Sam having his guns again and Elmer antagonizing Bugs again, you’d think fans would be happy….

Of course, people still have to look for trivial reasons to bitch, whine and moan about this show. The prevalent complaint I hear about this series is the characters’ designs; people think they look ‘weird”. I actually heard this statement uttered about the show’s aesthetic choices:

“Why can’t we get a series where the characters look ‘the normal way’? 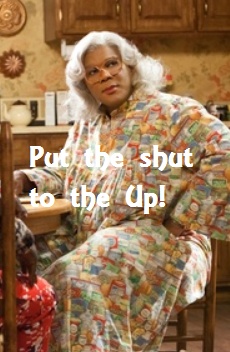 First, we FINALLY get a Looney Tunes show where the characters are acting loony again, and now you’re complaining about the designs? Second, what’s “the normal way”? How are we defining “normal” here? You know every artist has their own style, right? There has NEVER been one specific way to design these or any characters.

Granted, that face on Foghorn is a little weird…

…And Yosemite Sam looks like he escaped from the Ren & Stimpy Show. Still, you recognize that it’s Yosemite Sam, so I don’t see what the big deal is.

And for those who are asking, “Why is Porky so fat here?”….

…This is closer to how he looked originally.

Also, curiously absent from the fun (so far) is Lola Bunny. If she were to show up, one wonders if we’ll get something closer to the Space Jam version… 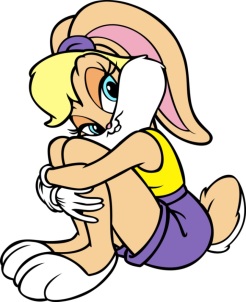 …Or the Looney Tunes Show version. 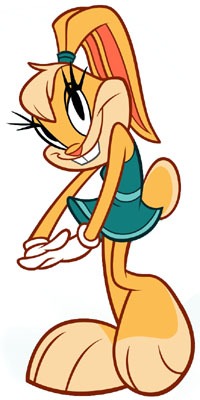 And no, I’m NOT opening that can of worms again. We’re not going to launch that tired debate about which version of Lola is better. Here’s my answer to that question:

Seriously, that argument is so old it’s growing mold! As long as Lola is A) funny and B) an actual character, not just some secondary love interest or some hyper-competent “I don’t need no man”, cipher-like embodiment of Girl Power (TM) or some den mother whose only job is to remind the boys how dumb they’re being, I’m fine with her portrayal.

In summation, I’m liking what I’ve seen so far of New Looney Tunes, and I’m hoping the show will come back to the States in full capacity so I can rake in some good old-mixed-with-new style cartoon cool.

Grab yourself some crunchy carrots and enjoy the show!