Contrary to popular opinion, I don’t hate the characters of Spritle and Chim-Chim from Speed Racer. In fact, I find them weirdly fascinating in a odd, stupid way. 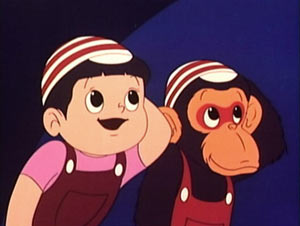 BTW, did you know that Spritle’s name is a variation on the word ‘sprite’, referring to how he’s small? Now you do.

I know these 2 have received their fair share of vitriol from cartoon fans and stand-up comedians, but not me. It could be because I’ve always been a fan of silly, zany humor and I’ve always preferred the comedic jokey-joke characters to the straight, sensible, serious stoic hero types, or maybe it’s just ’cause I’m an odd bird, but I personally have never had any serious problem with them. 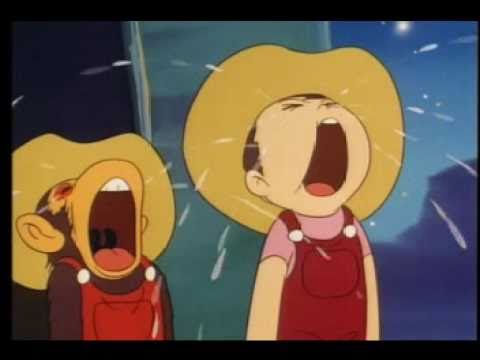 Spritle and Chim-Chim’s humor is loud, stupid, pointless, juvenile and pretty dumb, but none of these assessments are criticisms as much as they are simple statements of fact. Can any of those epithets really be criticisms when it seems like they’re exactly what the show was aiming for? To point out that Spritle and Chim-Chim were silly, infantile and annoying is like pointing out that cotton candy has sugar in it. 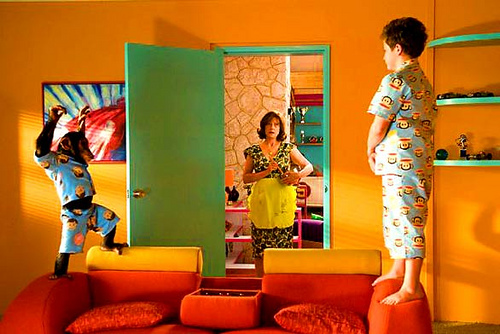 To elaborate on a point made by Jason in his Cartoon Couch on The Funny Company, another reason why I don’t hate these 2 is because they represent a trope which I’ve always enjoyed: when characters on shows are totally accepting of their weirdness surrounding them. My favorite animated shows are the ones which gladly embrace the big, dopey silliness of cartoons and just run with it. The Mifune/Racer family just happens to have a live-in chimpanzee, who regularly dresses exactly like their youngest child, and often seems to be his twin. Sure, why wouldn’t they? And nobody on the show ever questions it. There’s just a surreal nuttiness to their whole existence that I find intriguing. It makes no sense, but for me that’s part of the appeal. 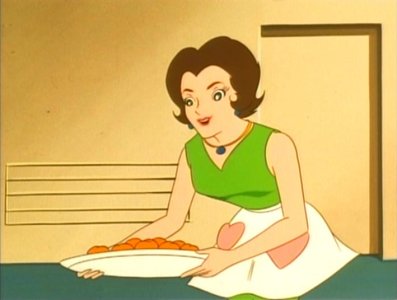 So no, I don’t dislike Spritle and Chim-Chim the way so many others do. I concede that they’re dumb and grating, but again, I think that’s what the producers were going for. In the right hands, characters like them could and can be made appealing, though admittedly they’re best taken in small doses. If put in the front, they’d have to stick to shorts, as their shtick doesn’t really lend itself to longer stories.

Believe it or not!