Welcome to a new segment on Twinsanity called Unpopular Opinions, where we mention an opinion of ours about cartoons and pop culture that goes against the grain and post our rambling thoughts about them. One shouldn’t be shocked if the things we state here are not commonly thought of beliefs, because we’ve stated their unpopularity at the top of the page!

I’ll get the ball rolling, as it were, by stating an unpopular opinion of mine:

I don’t hate the Smurflings. 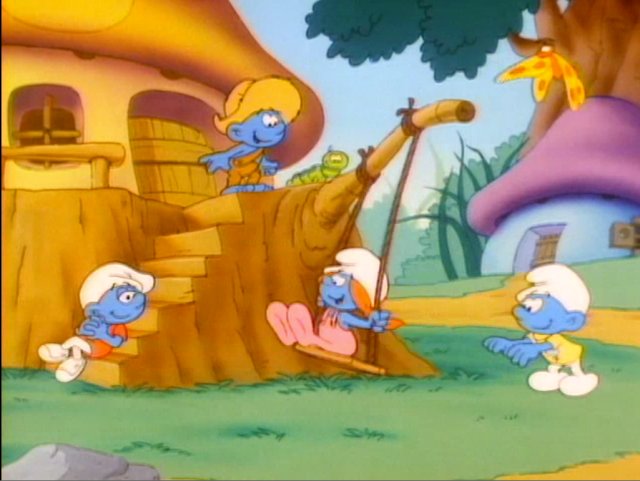 It’s shocking, but true. Now don’t get me wrong. I’m not in love with them either, as I’ve never been a Smurfs groupie to begin with, but I don’t hate these characters the way that many fans of the TV show do. The reason why could be because I stopped watching the Hanna Barbera Saturday morning cartoon regularly shortly before the Smurflings’ arrival, and so I’ve only caught a handful of episodes that the Smurflings appeared in. Heck, I didn’t even know what the characters’ back story was or even realize that these characters had a backstory until reading about on Wikipedia.

Some fans will cite the introduction of The Smurflings as being the precise moment when The Smurfs jumped the shark, despite the fact that Baby Smurf (a much more useless character, in my opinion) made his debut an entire year before the arrival of the Smurflings. At least the Smurflings could talk, had personalities and could do things. Some fans see them as this shows’ equivalents to Scrappy Doo, but I wouldn’t go that far.

I kind of like Snappy because he reminds of me a bit of Mrs. Fribsy’s son Martin from The Secret of NIHM (who’s one of my favorite fictional boy characters, incidentally). Plus, I like his T-shirt with the storm cloud decal. Sassette seems like a potentially interesting character with some spunk to her that I find appealing (i’m not feeling the whole token girl thing these days, but there we are), and as for Natural (“Nat”) Smurf, I think that getting de-aged was probably the best thing that could have happened to his character. Yeah, he originally loved nature and had a rapport with animals, but he looked like any generic Smurf, and I can’t completely dislike a character who dresses like Huckleberry Finn, bare feet and all. I’m weird like that. Of the four, I’d say that Slouchy is probably the least interesting Smurfling, mainly because he’s the hardest personality to pin down. A lot of the time in the episode that I saw (and there weren’t many of them), he just seemed to be kind of, there. It’s almost as though he was added mainly to fill up the numbers so there’d be 4 Smurflings. Frankly, if the shows’ producers really wanted 4 characters, why not have 2 boys and 2 girls? That would have been more balanced.

Another reason why I don’t hate the Smurflings is because they remind me of an idea that Damon and I have kicked around a few times over the years; the idea of having a juvenile comedy team a la the Marx Brothers or The Banana Splits, so I can’t hate any characters who have given me the incentive to do something creative.

As for the latter additions to The Smurfs, such as Grandpa Smurf, Nanny Smurf, Wild Smurf, Scruple and the like, I have no opinion on them because I haven’t seen any of the episodes where those characters appeared. By that time, I was all Smurfed out and I wasn’t even watching the show sporadically anymore. I think that Lisa Simpson said it best when she said: 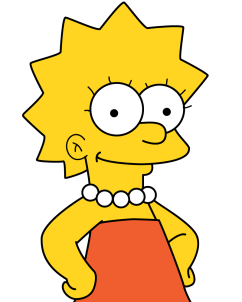 “Most TV shows add new characters when they’re running out of ideas.”