Just so you know, I’m in a mood today.

I’ve gotta blow off some steam, so today’s entry is going to be a little different. There isn’t going to be one specific subject here, I’ll just be popping off about various things in popular media which have been annoying me lately. Bear with me as I get this off my chest.

ENOUGH OF THIS! I’m sick of Superman and Batman butting heads all the time. For that matter, I’m tired of heroes fighting heroes in general. It’s been done to death, it’s played out and beyond tired. (Yeah, I’m still planning to see Captain America: Civil War, but I’m still sick of this trope.) I wasn’t crazy about the many cheesy fanfics which came from the Batman/Superman Adventures episode “Girls’ Night Out”…

…But one thing I did like about episode was that Barbara (Batgirl) and Kara (Supergirl) hit it off instantly and became fast friends; they didn’t spend half the episode at each others’ throats. There used to be a time where Supes and Bats got along, can we go back to that, please?

While we’re on the subject, isn’t it high time we stopped using Frank Miller’s The Dark Knight Returns as the default template for how to write Batman and Superman? Let me clue you in on something: Frank Miller is an overrated hack! DC needs to drop his style ASAP. And please, please, take Zack Snyder of off Justice League and any future DC movies. Lose David S. Goyer too. Why would you hire a guy who hates superheroes to write your superhero movie?

-I’m sick of the X-Men stories. They all follow the same bleak, dark pattern: if they’re not about mutants being persecuted, they’re about some Big Evil threatening to destroy everything. “There’s a war coming.” Is there ever NOT a war coming?? Learn a new tune already! 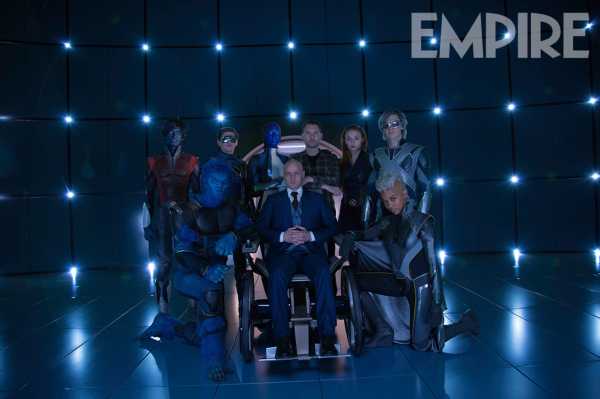 By the way, Quicksilver and Mystique were never X-Men, and Cyclops is Havok’s older brother, not his younger brother. As long as you’re retconning stuff, Fox, fix that. And I hate the Mohawk on Storm.

-Speaking of,  I can’t stand how we only have Quicksilver in the X-Men movies and not Scarlet Witch. I get that it’s likely a contractual/legal rights things, but Pietro without Wanda is like Sonny without Cher; it’s just wrong. And I’m still pissed over Quicksilver dying in Avengers: Age of Ultron. Not only was it unnecessary (it mainly happened because Joss Whedon has a boner for killing off main characters), but Pietro went out like a punk and it made no sense. A guy who can run faster than the image can register on a person’s eyes should be able to dodge a few bullets. Why didn’t he just go into that hyper-speed mode where he’s moving so fast that everything around him appears frozen and just flick the bullets out of the way? Logically no one had to die there. (Yeah, I know that was a different movie and a different version of the character. You know what else? I don’t care! That scene still ticked me off.) You don’t have one twin without the other. You just don’t.

-I have just one thing to say to The Simpsons: Just end already! You’ve made yourselves an American TV institution, now bow out before you become any less relevant. We can’t miss you if you don’t go away.

-Audience Network, can you please acquire some comedy series which aren’t romcoms about  white peoples’ sexcapades? Surely there are other things to make shows about besides just attractive Caucasian people trying to find love in New York or put the zing back in their marriage? Also, can we get something else on TV besides critically-acclaimed dramas? I have nothing against those, but they’re not my thing. What happened to zany, alternative comedies? Why can’t we get a new show like Mr. Show or Stupidface or The Kids in the Hall or Mystery Science Theater 3000 or The Captain and Casey Show? I mean, Togetherness? Seriously? Do we really need a TV-MA version of thirtysomething??

-African-American actor/comedians, knock it off. Enough taking some popular genre film and inserting stereotypical black people in the lead roles. It’s like that fortune cookie game ‘In Bed’, just instert ‘…With Black People’. The Haunted House movies? Just Paranormal Activity…with Black People. Fifty Shades of Black? Just Fifty Shades of Gray…with Black People. (Speaking of which, the whole “You wanna argue? Like white people? I prefer the black way” routine? Really, Marlon Wayans? It’s the 21st century and we’re still doing “white people be acting like this and black people be acting like that” routines? Haven’t we evolved beyond this minstrel show crap by now? I personally feel that constantly pointing out the difference between the races only widens the chasm between them.) Meet the Blacks? Just The Purge..with Black People. Stop this. For that matter, can we stop with shows like black-ish and slave movies as well? I long for the day when we can get TV shows and movies starring African-Americans where their being African-American isn’t the premise or the gimmick.

Whew. There. I feel better now.