One to Grow Up On

You know what I find funny?

When I’m discussing animation with people, and whenever the topic shifts to shows such as Sofia the First, Miles from Tomorrowland, My Little Pony: Friendship is Magic, Littlest Pet Shop, Looney Tunes, Uncle Grandpa, Scooby-Doo or Hanna-Barbera, someone pipes in with….

“Pfft! I don’t watch that kiddie crap! Those shows are for babies! I only watch mature, grown-up cartoons like Batman, Yu-Gi-Oh! and Beyblade!” 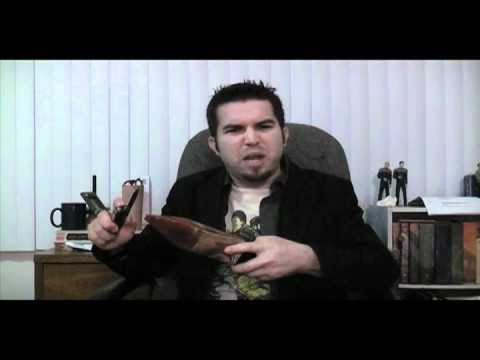 OK, confession time: I lied when I said that I find statements like these to be funny, at least partially. The truth is that I would find attitudes like this funny…if they weren’t so pathetic.

When people say to us about shows such as My Little Pony: Friendship is Magic and Uncle Grandpa “That’s for kids!” Our response is usually “Yeah, so are Teenage Mutant Ninja Turtles, Batman Unlimited, Adventure Time and Gravity Falls. I don’t see your flipping point!”

“I do not watch cartoons! The shows I watch are grown-up, mature, dark edgy fare! Anime and action shows like Justice League are NOT cartoons! They are ANIMATED SERIES!”

Sure they are. And G.I. Joe isn’t a doll, it’s an action figure. The difference between a cartoon and an ‘animated series’ is the exact same difference, that is, none at all, save for a fancy name change which was only concocted in a boardroom to pacify fragile egos. Most of the people who try to claim that shows like Beyblade, Bakugan and Justice League are somehow something other than mere cartoons usually tend to be insecure teenagers and young adults who are too embarrassed to admit publicly that they watch cartoons, so they try to invent this delusion that the shows they watch are in fact something different. Well, you might want to sit down for this one: if something is drawn and animated, then it’s a CARTOON, so you’re watching and enjoying CARTOONS. Deal with it.

Folks, here’s the skinny on super hero cartoons: We’re talking about athletically fit dudes and chicks who don brightly colored pajamas and capes and then use their magical powers to run around beating up mad scientists and would-be world conquerors. Am I saying that these shows aren’t cool? No. Am I saying that these shows aren’t enjoyable? No. But at the same time, I fail to see how these shows have any more depth to them than 5 teenagers and a talking dog who travel around the world in a psychedelic van unmasking fake ghosts, or a one-eyed sailor man with enormous forearms who clobbers bad guys by eating raw spinach straight from the can, or buff dudes giving passionate speeches about the Heart of the Cards,  before screaming at the top of their lungs in order to summon enough ki energy to wipe out a town square. Batman: TAS, Superman: TAS and Justice League are still kids’ shows, awesome kids shows, but kids’ shows nonetheless.

And I’m really failing to see how a show about battling spinning tops is somehow more mature than a show about a goofy guy who lives in a magic RV with a deadpan dinosaur and a slice of pizza wearing shades. Like it or not, we are all fans of cartoons, and ALL cartoons are equally inherently childish. If you’re ashamed of that fact, then you’re demonstrating the very thing you’re opposed to. Refusing to watch Friendship is Magic because it has colorful, magical talking Ponies in it, refusing to watch Looney Tunes because it has shameless slapstick, refusing to watch Uncle Grandpa because it has silly nonsense,…refusing these things doesn’t make a person mature, nor do they make one appear to be an adult.

Are we saying ALL cartoons are for kiddies? No, of course not.  But the ones made for corporate children’s networks like Cartoon Network, Disney Channel and Nickelodeon?….

You bet your sweet bippy they are.

I instinctively sneer whenever I hear or read statements such as:

“Every time I tune in to Cartoon Network nowadays, the shows on it get more and more juvenile and infantile.”

-Wow, juvenile and infantile shows airing on a CHILDREN’S network. Who’d-a thunk it?

If you seriously think that focusing on humor equals “dumbed down for kids”, then you might need to develop a sense of humor yourself.

“Disney needs to grow up and start making movies for adults like Saw and Friday the 13th!”

Um, no, they do not actually. Not at all. That’s just something you’d personally like to see happen; it doesn’t need to happen by any stretch of the imagination. Let’s not confuse your wants for the studio’s needs. The Mouse House has forged a boo-billion dollar empire by making family-friendly movies, TV shows and theme park attractions, they’re not about to toss all that aside and topple said empire just because Xxxevilemodood666xxX wants to see Disney release a Zombie Apocalypse movie. FTR, Disney does make more mature films, just when they do it’s under one of their psuedonyms. If you’re honestly expecting to see some Saw ripoff about a homicidal Satanic traveling dentist who gets off on torture porn preceded by that animation of Mickey Mouse whistling in Steamboat Willie, you need to put down that bong and come down from that high, ’cause that’s never gonna happen.

Look folks, you’re entitled to prefer whichever genre you prefer, but don’t hand us this BS that your favorite genre of kids’ cartoons is innately more mature or substantial than any other genre, ’cause BS is precisely what it is. Young Justice, Star Wars: The Clone Wars, Bleach and Beware the Batman are no more substantial than Regular Show, Tiny Toon Adventures, Animaniacs and Uncle Grandpa.

Sometimes when I point out that these shows are in fact, for kids, some smart-ass will occasionally hit back with:

“Ahem, one should never bring ‘It’s a kids’ show’ as an argument to support what a show or channel does.”

No, I should, because that’s exactly the point. Adults on message boards or social media sites tend to present the erroneous argument that the “majority” hates the shows that networks like Nick and CN specialize in when reality the “majority” they speak of are people whom these networks don’t care one whit about and who by all statistical evidence, haven’t done much of diddly-doo-squahoo to hurt said shows’/channels’ success. It’s like a vegan complaining about the opening of a new steak house: of course you’re not going to like something that was specifically made to appeal to a demographic other than yours and whose popularity is already helped by other factors.

I can’t sum things up better than one of Toon Zone’s senior staff members, Mr. Edward Liu, who said this:

“I find it ironic in the extreme that a self-selected audience that believes cartoons are worth watching and discussing as adults is also more than happy to relegate everything in the kids’ block as juvenile and not worthy of their attention, even though that’s the same attitude that the overwhelming majority of adults still have for ALL cartoons.”

To clarify, it’s perfectly fine with us if adults want to watch TV shows and channels that are tailored for kids. We’d look like jerks if we said otherwise since we do that ourselves, but at the same time, we don’t get where these same adults get off expecting channels that are tailored for children to be responsive to their particular tastes and desires. Adults complaining about kids’ shows on a personal level is pointless and absurd. If you’re old enough to complain about a children’s show, then you’ve already outgrown it. Your favorite cartoons don’t have to grow up just because you did. The true mark of maturity is just watching and enjoying whatever the frell you like and not caring what others think.

There is no ‘kid stuff’. If you like something, you like it. It doesn’t matter how old you are.

Here’s a thought: instead of expecting shows like Looney Tunes and Phineas and Ferb to “grow up”, why don’t YOU grow up and watch something that was actually made for you?

And that’s One to Grow Up On.