It’s December, the month of Christmas, and with the Christmas season comes Christmas music. You can’t can’t visit any store or turn on any radio station without hearing some Christmas themed song of some kind.

“Xmas is everywhere! You can’t escape! Resistance is futile!”

Just about everyone has a favorite Christmas song, be it “Rudolph the Red Nosed Reindeer”, “Santa Claus is Comin’ to Town”, “Silent Night”, “Deck the Halls” or whatever… 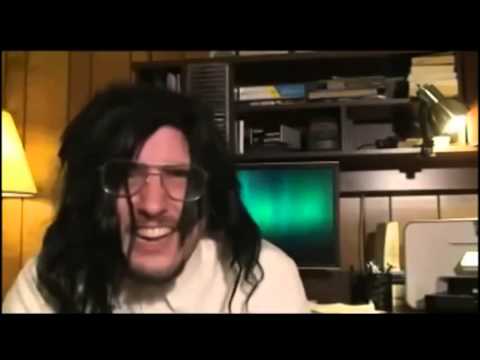 “Ahem…”Jungle Bells” , “Let It Snow” and “Winter Wonderland” are NOT Christmas songs; they’re WINTER songs! pay attention to the lyrics. At no point in any of those songs is Christmas ever mentioned!”

My personal favorite Christmas song is “We Three Kings”, also known as “We Three Kings of Orient Are” or “The Quest of the Magi”,.  For those who don’t know, “We Three Kings” was was written by John Henry Hopkins, Jr. in 1857. At the time of composing the carol, Hopkins served as the rector of Christ Episcopal Church in Williamsport, Pennsylvania, and he wrote the carol for a Christmas pageant in New York City. Many versions of this song have been composed and it remains a popular Christmas carol. The context of the carol centers around the Biblical Magi, who visited Jesus during his Nativity and gave him gifts of gold, frankincense and myrrh while paying homage to him.  I know that this song isn’t played on the radio or in shopping centers very often, but that’s precisely one of the reasons why I like it. There’s no glitz. No bells and whistles. Nothing about presents, Rudolph, Frosty , Santa, mistletoe, stockings. None of that. It’s just a pretty, haunting tune and it’s charming and enchanting.

“Yeah, even us cranks and cynics can appreciate beautiful things. we have our sensitive side too. Back off, Jack!”

So without further ado, I now present my Top 3 Favorite Renditions of “We Three Kings”

A Claymation Christmas Celebration is a Christmas television special originally broadcast on the American CBS TV network on December 21, 1987. The special featured stop motion clay animation and was produced and directed by Will Vinton. It was advertised as starring the (then) popular California Raisins, but the producers smartly saved the Raisins’ musical number for the last segment of the show because they obviously knew that if they had opened with the California Raisins, everyone would have switched channels afterwards and no one would have stuck around for the other segments, including this one which opened the show. It starts out as a fairly traditional rendition of the song, but then…well you can see yourself.

Yes, the jazzy, hip anthropomorphic camels do a modern day spin on the old classic, but it’s not so jarring that it takes you out of the song or ruins the mood. In fact, it actually fits. It was unexpected, but it all flows together nicely.

Don’t know who The Roches are? You probably do. if you’ve seen the episode of Tiny Toon Adventures which features the short titled “The Roches” and features Maggie, Terry and Suzzy Roche as anthropomorphic roaches, that’s them (The Roches also provided their own voices for the short). They also performed a rendition of “We Three Kings” as musical guests on Late Night With David Letterman. They’re version is smooth, haunting and contemporary and having three women sing it just add to to mood somehow. Give a listen:

Trivia Time: Did you know that The Roches wrote their song “Big Nothing” in response to the lukewarm reception that they got from the audience when they performed on Saturday Night Live? Now you do.

Before we get to number one, I’d like to give honorable mention to the song “Night Before Christmas” by Eek A Mouse (yes, that’s actually his performing name!). The reason why it’s not on my list is because it’s not technically a cover of “We Three Kings”; it’s an original song with original lyrics that only sang to the tune of “We Three Kings”. Still, it’s bouncy, weird, funky and a cool tune in it’s own right: Give a listen:

And my all time favorite rendition of “We Three Kings” is……..

For those who don’t know, Barbara Higbie is a talented pianist…

…Shut up. Barbara Higbie is also one fourth of the new age band Montreaux. Ms. Higbie also wrote another one of my all time favorite songs, “Barbara’s Dream”  on the Montreaux album “Let Them Say” (which is almost impossible to find). Anyway, Ms. Higbie doesn’t sing. That’s right, this version of the song is completely instrumental, but that’s not a bad thing, as it better allows me to use the unlimited power of my imagination and use my own imagery. The use of piano and violins blend together perfectly. It’s extremely easy to get lost in this rendition.

This version of the song is simply beautiful and it reigns unchallenged as my favorite rendition of “We Three Kings” of all time.

And those are my Top 3 favorite renditions of “We Three Kings”.

“Hey, how about next we do “Jingle Bell Rock”?