One of the main things that defines a super hero are his/her super powers. Of course, at the top of the super hero food chain you have the likes of Superman, who basically set the standards which other Capes are based on. Supes is basically a Swiss Army Knife of super powers. He has super strength, super speed, heat vision, invulnerability, ice breath. Pretty much all the hits. 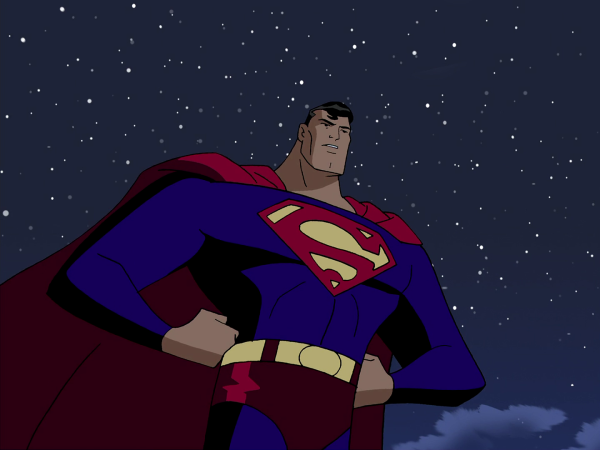 …And then there are some super heroes whose powers, shall we say, come up a little short?  I know that every super hero can’t be Superman, Wolverine, Batman or Silver Surfer, but there are some super heroes who clearly showed up late to the party and were forced to get the leftover powers. Today, I’m going to look at some of my picks for Most Ridiculous Super Powers. Before we start, let me say that I’m not limiting my choices to only one studio, and also, these choices aren’t in any particular order, so I won’t be numbering them. That said…

Let’s start with this guy, Evan Daniels, aka, Spyke from X-Men: Evolution (I agree with what Eric Rodriguez, aka, The Blockbuster Buster said: XME was an OK show, if you can get pass all of the high school BS). His mutant power is the ability to produce bony spikes from his body and then toss said spikes as projectiles. 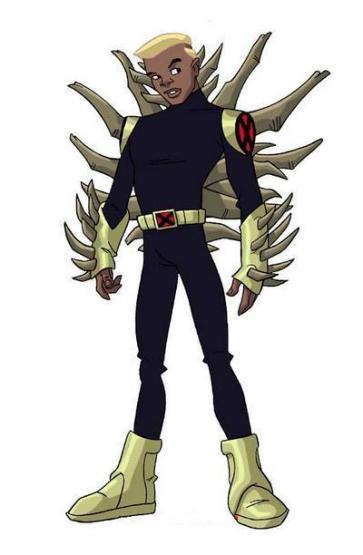 You’ll want this kid around if you ever get a piece of food stuck in your teeth.

I didn’t have a problem with the character. I didn’t mind that he was changed from being a Morolck (like he was in the comics) to being Storm’s nephew (I don’t know how an orphan from Cairo somehow got an American born sister, but whatever). I didn’t even mind his blond flattop hair style, even if it made him look like Sisqo, but let’s be real here; Spyke’s mutant power is stupid. I used to think that Shadowcat’s power was bad, but a colleague showed me that her phasing power was indeed useful, and I saw the light. I’ll even give Legion of Super Heroes’ Bouncing Boy a pass, but Spyke’s power? No, just no.  Even Malcolm Ray’s super power of turning everything into a video game sprite in the Nostalgia Critic’s Fan4stic review was better than Spyke’s power and that was intentionally silly. Of all the mutant powers the shows’ producers could have given him, why did the shows’ only African American teen mutant have to be saddled with the stupidest power on the whole bleeping show!? And have him be forced to spout out lines like this:

“Dude! I almost toothpicked ya!”

Listen, XME writers. I know that you really wanted that line to be cool, and it probably sounded cool in your collective heads, but it was lame. And then to add insult to injury, in XME’s third season, Spyke’s power mutated even further by extending to most of his body, forcing him to live underground along with the Morlocks.

Great. Now he looks like an armadillo, and it’s still stupid!

Spyke’s power is just dumb. The firing spikes is lame. It’s always been lame, and it’s always going to be be lame. Sorry, XME writers, but it just isn’t possible to make Spyke’s mutant power cool. It’s like trying to make Plaid Lad cool; it can’t be done.

“I WILL make your sport jacket tacky!”

Interestingly, Spyke’s role within the main cast was originally going to be occupied by Bobby Drake, aka, Iceman, but he was replaced by Spyke at the last minute because XME’s producers didn’t want all of the main X-Teens on the show to be white. (Technically, Nightcrawler was blue, but you get my meaning.) That’s a reasonable request, but if the producers wanted an African-American on the team and they didn’t want to make Storm into a teenager, why didn’t they just make Bobby black? There’s no part in Iceman’s backstory and mythos that states that he has to be a Caucasian. No, Bobby wasn’t black in the original  comics, but neither was Nick Fury. If Nick Fury can go from being Caucasian to African American without anybody going nuts, I’m sure that fans would be OK with an African American Iceman. And the kids the show was aimed at have never read the original comics, so they wouldn’t have cared.

Next we come to this guy. Another X-Men character known as Forearm. See if you can guess what his super power is. 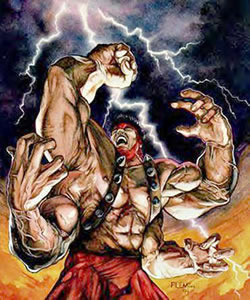 Let’s give him a hand!

Forearm is called that because (wait for it!) he has FOUR ARMS! Woo! Unless you’re Goro from Mortal Kombat, just having extra appendages isn’t a cool power. For one thing, it’s impossible to do jumping jacks.

Speaking of arms, we now come to Arm Fall Off Boy from DC’s Legion of Super Heroes.

This guy’s power is that he can detach his arms and toss them as projectiles. One thing that I’ve always wondered is after he takes off one of his arms, how does he remove the other one? And how does he get his detached arms back on?

Next, we come to another Legion of Super Heroes member: Matter Eater Lad, who has the power to eat through any and every substance. 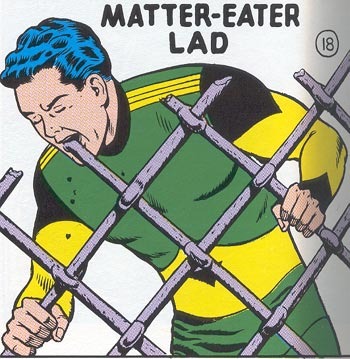 “Watch out, evil doers! I skipped lunch and I’m hungry for justice!”

Guys, there’s just no way to make eating seem like a cool power. Let’s face it. Unless you’re Pac Man, it just doesn’t cut it.

Now I realize that all of the sidekicks in Sky High were intentionally given lame super powers, hence their underdog status, but Ethan’s super power somehow managed to be even more of a joke than those of the other sidekicks. His one power was being able to transform into a puddle of goo. Aside from having the bad guy slip on you and break his back, this power is completely useless. a little advice: if your looking for inspiration for a cool, unique super power, you might not want to draw inspiration from the Action League Now! character Meltman… 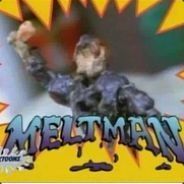