Inspired by Jason (Goldstar)’s recent Cartoon Country on The Super Hero Squad Show, I’ve decided to pay homage to one of my personal favorite aspects of SHS, its’ setting of Superhero City.

First, let’s get the boring expository stuff out of the way: 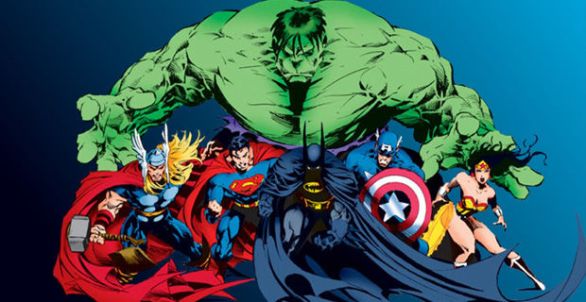 And it’s crawling with superheroes! That’s why they call it Superhero City, that’s how it got its’ name.

At the center of city in the town square is a giant statue honoring 3 of Superhero City’s most honored and decorated citizens.

It is surrounded by the 3 Pillars of Epic Majestic Greatness.

The Steel Pillar, representing the forces of Strength and Power in Superhero City… 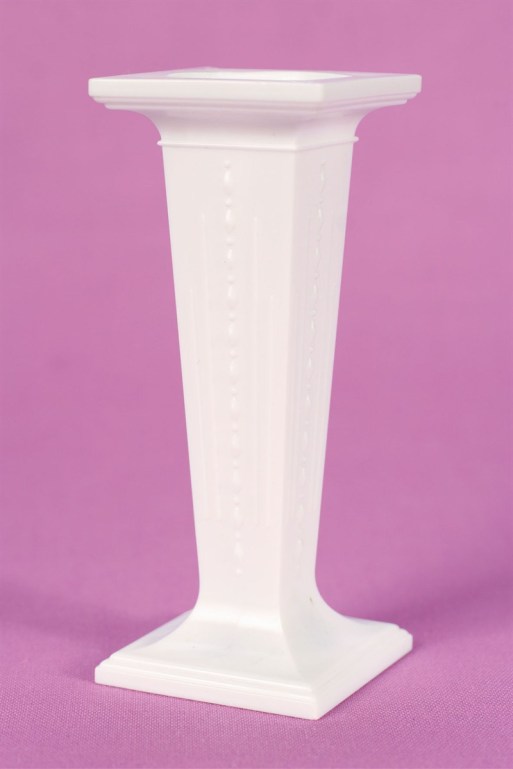 The Plastic Pillar, representing the forces of Science and Reason in Superhero City…

And the Wooden Pillar, representing the forces of Nature and Spirituality in Superhero City.

All surrounded by beautiful dancing fountains. 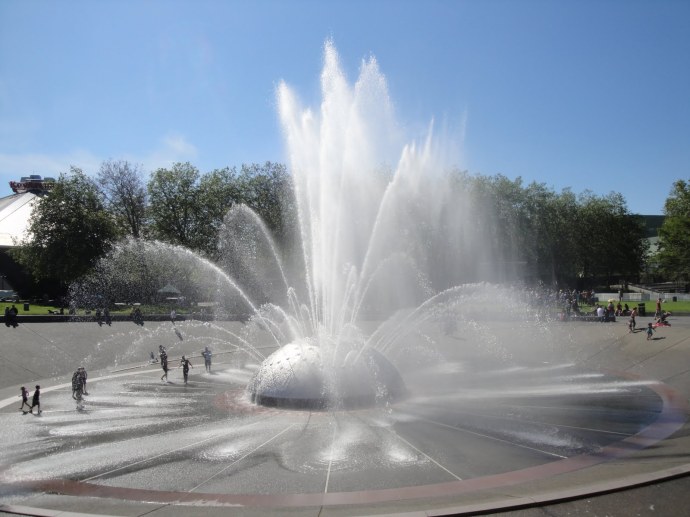 Who came up with this amazing tribute? It sure as heck wasn’t the city’s mayor, former Luchador El Emenopeio.

He got the job ’cause nobody else wanted it, and he runs unopposed every year.

Where do all of the city’s enhanced, irradiated, mutated and just plain incredible citizens come from?

Some arrived here from outer space… 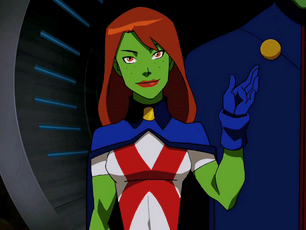 …Others emigrated here from our sister city, Magix….

A magical floating city in its’ own right, housed atop a large, puffy pink cloud (really!), which hangs and hovers above Superhero City, connected to its’ beach and bay side by the Ever Rainbow, which is always visible even at night and never goes away (hence the name). SHC denizens can only visit Magix when invited by a citizen of Magix, who are the only ones who can make the Rainbow solid, and even then they need to wear a visitors’ badge.

Magix is part of Superhero City the same way that Alaska and Hawaii are part of the United States. Few non-enchanted individuals have actually seen Magix from the inside, but it is said to be very picturesque and very, very sparkly. Its’ populace is rather private, but they’re OK with being considered part of Superhero City provided the city residents keep themselves pretty much to themselves.

Magix is home to fairies, wizards, witches, elves, dwarfs, pirates, jesters, royals and monsters. If you want to get yourself a wand or a unicorn or a Pegasus or a Firebird off the black market, this is where you’d want to go.

Here’s a rare shot of Magix’s countryside, and here’s…..

“Sorry sweetie, but that’s as far as you go. No cameras beyond this point, by order of the Queen. You’re free to file a formal complaint, as long as you’re OK with getting a lightning bolt up the ass!”

Still more come from the Mad Science capital of the US, Ultronic Industries. 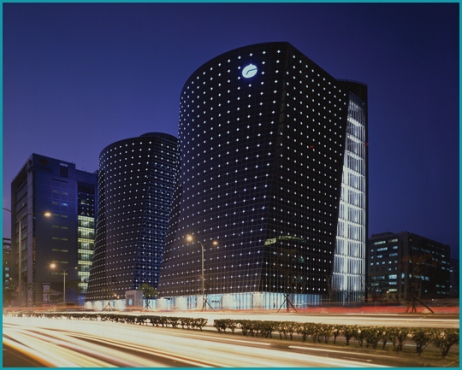 For decades, this company has done a ton of noodling with science and nature and experimenting on living beings, creating numerous cyborgs, human/alien crossbreeds, evolved dinosaurs, beings of living flame, genetically altered clones and atomic supermen, populating the city with many metahumans. 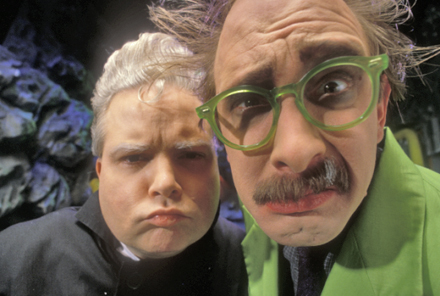 These days, however, after receiving their 1000th federal injunction (happy anniversary!), Ultronic Industries has since cleaned up their act, and now mainly manufactures a popular brand of soft drink called Pop-Off Proto-Cola.

Now, you may be wondering: with so many superhumans residing among them, what have the city’s non-super powered citizens done to cope? 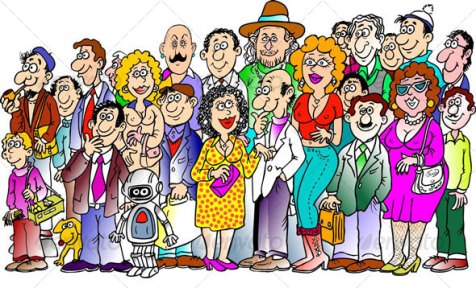 Yes, believe it or not, an entire sub-culture of Supers living among normal humans has eliminated the need for secret identities and the rest of the populace has simply learned to coexist. In Superhero City, it doesn’t matter if you can fire beams from your eyes, or lift a tank over your head or fly like a comet across the sky…

It does’t matter if you’re metallic or mystical or interplanetary; in this town, you’re free to be whoever (or whatever) you choose.

Regardless of where you come from, what you look like, what you do or what you’re composed of, in Superhero City everyone can let their super-freak flag fly!

No powers? No problem!

With Mad Science and high-tech being such everyday parts of life here, it’s not uncommon for some folks to be scary smart, possessing massive brain powers in place of super powers, and that’s cool too. Superhero City embraces geniuses and budding Mad Scientists, techno-geeks and engineers. Somebody’s gotta be able to program our DVRs and smartwatches, after all.

To your left, in the upper skyline, you’ll see Makuhero Tower. 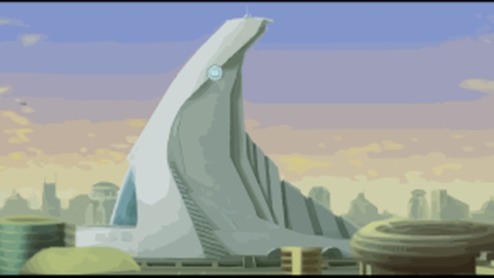 …Which is home to gazillionaire scientist Prof. Xena Makuhero and her gifted children Icy, Mondo, Lazer, Angel and Psimon, collectively known as The X-Perts, a family of wealthy, famous, super-powered do-gooders and all around nice people. 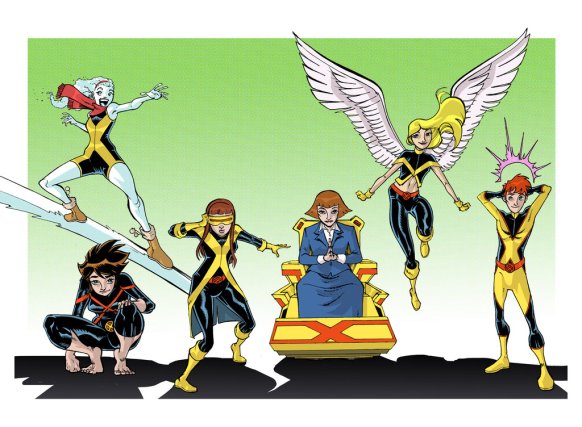 Despite living in a high-tech tower, having cool matching monogrammed uniforms, awesome powers and mad skills, and getting invites to all of the Superhero Socials, the Makuheroes are NOT superheroes, but rather are adventurers, researchers, scientists, adventurers and explorers. Don’t feel bad, it’s a common mistake, everyone makes it.

To your right, you’ll spot the Z-Dome.

Zooropa is a haven for the Mutanimals, a sub-species of intelligent talking animals who were originally genetically altered by Ultronic Institute back in the 1960’s (everybody was experimenting with stuff back then) and have since been crossbreeding and growing slowly in numbers as a recognizable portion of the populace.

They’re cute, and cartoon writers are fascinated with them.

“Mutanimals! Flobbity-Flee! Back in my day, critters kept their yaps shut and were kept on leashes! That’s the way it was and we LIKED it!”

..Many more have come to accept them just as any other breed of citizen.

In fact, some lucky ones occasionally get adopted by humans to become sidekick pets. They get fame, glory, respect, a cool jet pack and all the kibble they can eat!

Life would be positively copacetic in Superhero City if it weren’t for one thing: 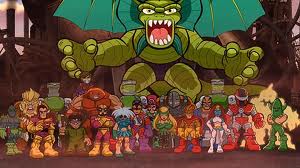 These rogues, thugs, punks, freaks, monsters, antagonists and gangsters have all been deported to neighboring Villainville, a bleak, dark, smoking, polluted, toxic slum of dirt and filth–ewww! Villainville is blocked away from Superhero City by a huge wall erected by the Mayor (one of the few genuinely useful things he’s ever signed into action), but once in a while one of these creeps gets ballsy and tries to leap over the wall to go into the city to cause mayhem, but of course they’re usually quickly disposed of and either tossed back over the wall or into the clink, whichever’s more convenient.

“You’d have to be crazy to try and commit a crime in a city full of superheroes, but thankfully we’re crazy, too!”