Talkin’ Nerdy: Shoes Made of Candy

Today’s Talkin’ Nerdy is a rebuttal to a recent article in The Huffington Post by one Joni Edelman, a self-proclaimed “Feminist, body positive, wife, mom of five, Editor In Chief at ravishly.com, (sometimes) and RN”, regarding Disney/Pixar’s feature Inside Out. I’m not going to critique the entirely of Ms. Edelman’s article, which can be found here; I’ll leave that to the rest of Cyber Land, however there are a few key points she made that I feel I must address.

The basic nob of Ms. Edelman’s gist is that she’s more or less slamming Inside Out and refusing to go see it due to what she considers to be “sexism” and “failing at body positivity”. I quote:

“I had no plans on seeing it, really, but now that I’ve read about it and a had a friend confirm my suspicions, I will for sure not ever be seeing it.

Like any good feminist, I object to parts of Snow White (um, Prince rescuing her with a kiss? No). And The Little Mermaid (uh, have fins? Switch for legs? For a man? No). And like any good body-positivity activist, I question why I can’t even take my kids to a movie, for flip’s sake (not that I would, but we’re speaking hypothetically here) without a collective sigh and a real, genuine head shake/eye roll.

I can’t write with any real authority about Inside Out, because I haven’t see the movie, but I’m pretty much 100% positive that seeing the movie isn’t required to make this judgment. Because here’s the thing about movies: They are made of pictures. And visual memory is most reliable than auditory or tactile. That’s right, folks, we remember what we see.”

The first interesting thing she says is this:

“Well, the movie is a look inside the mind of an 11-year-old girl named Riley. I’m not sure what we’d expect to see in there, aside from One Direction and the remnants of some forsaken Barbies that now find themselves stored under the bed.”

M’kay. I find it interesting that someone who describes herself as and prides herself on being a feminist and has no problem throwing stones at what she considers to be sexism in popular media is stereotyping her own gender by implying that all 11-year-old girls only care about Barbie dolls and boy bands. That’s kind of an “Open Mouth, Insert Foot” moment there. 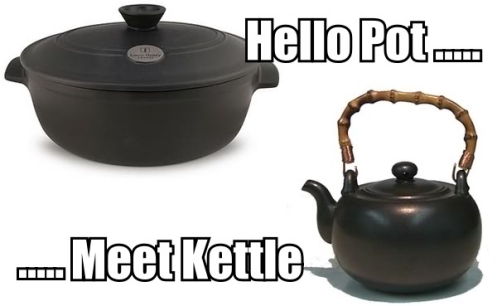 The second interesting little tidbit is the following:

“Except here’s the problem: What’s apparently in Riley’s mind is a tall, lithe, human-looking girl with a pixie cut named Joy, obviously. Her counterpoint is a short, chunky, sad-and-blue… person (I presume) with an emo haircut, named — you guessed it — Sad.

In fact, why have any of these characteristics been assigned to her?

Well. Probably because someone at Pixar thinks fat people are sad. Because they are fat. And how could they be fat and smile? Fat people have some nerve. Also, their poor vision is apparently causing them some distress. Joy doesn’t wear glasses. She probably had Lasik. Because she is probably also rich. Rich, white (well, white-ish) people are also joyous. And she gets to wear a cute little dress, which she probably bought at Nordstrom, while Sad is shrouded in what is probably an itchy-ass thrifted wool sweater. Maybe that’s why she’s named Sad. 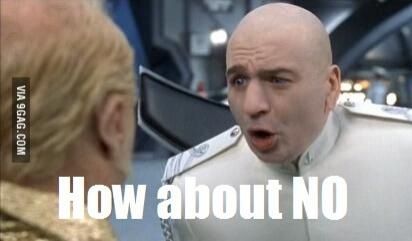 Like, wow, man. You didn’t just miss the point, you drove right past the point and crashed headlong into a completely separate turnpike.

Let’s a take a moment to examine the character designs of each of the movie’s emotional protagonists, shall we? 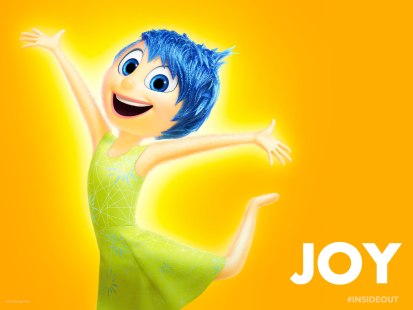 According to Pixar, Joy was modeled after a star: shiny, yellow, slim, pointy and bright. She even glows. This is because she’s the star of Riley’s head and the leader of her emotions. Her look has nothing to do with her being rich or having Lasik or whatever. She’s a freaking EMOTION. They all reside together inside a kid’s head. Emotions don’t get paid. 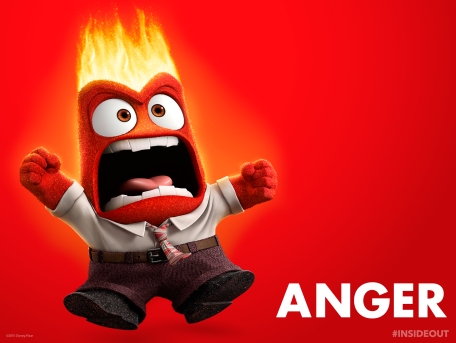 Anger is modeled after a brick: short, red and blunt. And obviously red is the color commonly associated with rage. 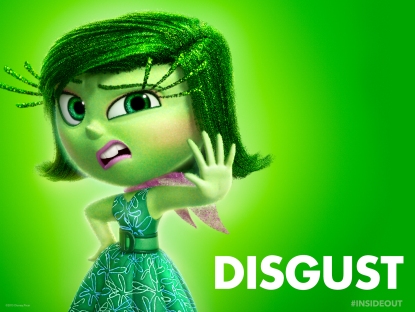 Disgust is prominently colored green because it’s the color of broccoli, which many kids and ironically even Disgust herself, finds disgusting. 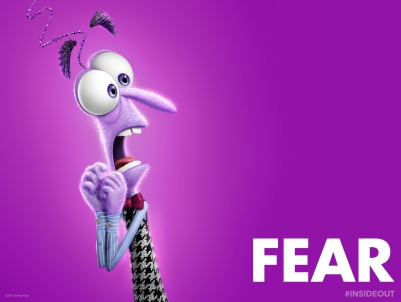 Fear’s design is made to resemble a frayed nerve, tying into his Nervous Norvus persona.

And finally, we come to Sadness (BTW, Ms. Edelman, her character name is Sadness, not Sad. If you’re going to rant about stuff like this, at least try to get the facts straight). You ask “Why is Sadness short and fat? Why does she have emo hair? Why does she wear a turtleneck?” Here’s your answer: 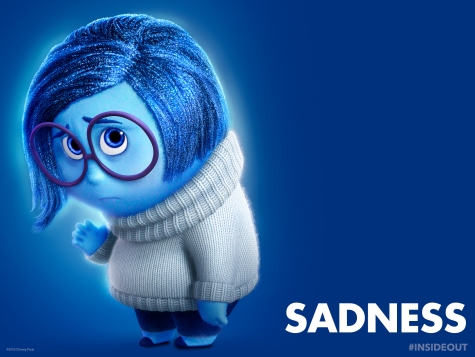 It’s because she’s supposed to resemble a teardrop. Yes, a teardrop. Pretty simple to understand, really.

Honestly, why are you expecting the personification of freaking SADNESS to look like a sexy supermodel? Her being colored blue has NOTHING WHATSOEVER to do with association with boys; she’s blue because blue is often associated with sadness (as in “I’m feeling blue”, ever heard that?). Colors can mean more than one thing, you know. In the case of all of the emotions, their forms accord with their functions and roles within Riley’s mind. Sadness’ glasses are most likely a nod to actress Phyllis Smith, who voices the character, but I’m guessing you don’t know who that is; you probably refuse to watch The Office because the women on the show don’t make as much as the men. And let me clue you in on a little something, you might want to sit down for this one: how Sadness looks has no bearing on how she functions as a character. The character you described as being “fat, poor and emo looking” is in fact one of THE stars of the film and a very integral part of how things work (and ultimately work out) in Riley’s head. The message of the film is that ALL emotions are important and needed for us to grow and survive as people, even the negative ones. The other emotions initially try to keep Sadness away from the control center because Joy makes it her mission to keep Riley happy all the time, only for them all to realize that humans can’t be happy all the time, that Sadness is just as necessary to deal with some situations as the other emotions are. And getting back to Riley for a second, she is NOT obsessed with boy bands and Barbie; she likes to play hockey and goof around. The reason she’s so conflicted in the film is bcause her family is transplanted from Minnesota to San Francisco and she misses her old home and friends. It has nothing to with dolls or boys. It has to do with growing up and accepting life changes. This is something you would know if you had actually bothered to go see the damn movie!

Sorry to get so fired up, folks, but I have a low tolerance for ignorance and this article was just so misguided. This lady shoves her foot in her mouth so much I swear she must wear shoes made of candy. I’m just as opposed to sexism in media as Ms. Edelman claims to be, but Inside Out is NOT sexist. By decrying the movie so harshly without having even seen it, she is almost literally judging a book by its’ cover. Ms. Edelman is making a ton of pat assumptions based on half-projected biases and pre-conceptions, and we all know what happens when you ASSUME….