Or maybe it’s because they get to plaster their logo on everything they own. Makes it easy to keep track of your stuff.

Anyway, since the F4 will be getting a new reboot movie with some notable cosmetic changes; in which Johnny Storm and his dad are black but Sue Storm is curiously still white, the team have been re-imagined as model-pretty Millenials, Dr. Doom is a disgruntled internet blogger and the team jumps through a Stargate to get their powers instead of going into space. So I figured if those changes are permitted, then anything goes. Today’s Cartoon Country invites you (well, mostly me) to Build Your Own Fantastic Four.

The rules are simple: pick 4 characters that you find fantastic and if you think they’d look cool in blue spandex with a ‘4’ monogram on it, make ’em a team. The characters don’t have to be superheroes, or from Marvel, or even action stars, just characters you think are cool and would bring something decent to the table. But 4’s the limit of course. What makes a character fantastic?

“Being fantastic isn’t about being muscular or powerful or famous or dominant. It’s about using your special gifts and talents to help people and make the world in which we all live a better place.” 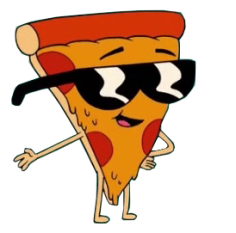 “Or just being named PIZZA STEVE!!”

OK. now that we’ve set the ground rules, here is the roster for my Fantastic Four. 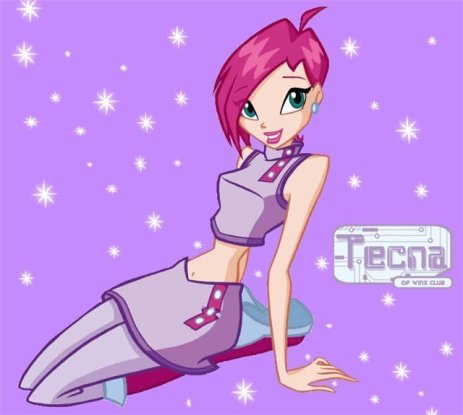 Most teams rely on high-tech, the Four Freedoms Plaza is full of crazy-cool gadetry, so a tech genius is necessary. Tecna is a freaking fairy whose magic power is technology. Tecna is fairy character made for a geek like me. What makes Tecna fantastic? Well, aside from possessing and IQ of 150, that’s 1-5-Oh-, her powers are entirely based on technology and digital energy, but, on occasion, she has been known to control electricity. She can create shields of green energy, which she ironically calls a “Fire Wall”. She can also create digital cages and walls of techno energy (called “Laser Cage” in the RAI English version), as well as throw blasts of green energy which can immobilize a person for a short time – or cause them to explode (called “Electric Storm” in the original RAI and RAI English versions). She can also create digital holograms (illusions) and traps which can restrain her foes. Tecna is able to manipulate any machine and is able to connect with different networks which she use as maps to help locate objects. She is able to shoot rays of digital numbers and use them as shields that protect her and others. Tecna thinks like a computer as she is able to scan object to gain information and speak binary code and is able to restore balance/order. Plus, anybody who’s outer appearance consists largely of purple and lavender is A-OK in my book.

You know what the Fantastic Four doesn’t have? A magic guy or gal. I chose Sabrina because she’s endured over several series and comic book adaptations over the years (including a quasi-manga series), and she’s powerful, but not too powerful, otherwise they’d be able to magic their way out of any situation and life would be boring. Plus, she was once played by Melissa Joan Hart. Bonus. Also, her latest series on the former Hub network is now kaput, so she’s got some free time now. Cast those spells and sparkle on, girlfriend.

M’kay, this is an esoteric choice (hey, Jason told you in the last What Up? article that what we cover here would get esoteric at times, you can’t say we didn’t warn you) as this character is almost wholly unknown in the U.S., but nonetheless she fits the role as far as I’m concerned. For those who don’t know, here’s some background information:

The series was originally based on a newspaper comic strip in which the protagonists were Blu (Bidu) and Franklin (Franjinha), launched by the newspaper Folha da Manhã in 1959. Over the years the series has been gaining a large audience, with new characters constantly being added to the lineup. Jimmy Five (Cebolinha) and Monica (Mônica) were eventually given their own comic books, hence the title “Monica’s Gang.” The characters and comics were eventually adapted into cartoons, video games, movies, theme parks and a wide range of products.

The stories revolve around the adventures of Monica and her many friends in the fictional neighborhood of “Limoeiro” in São Paulo. The neighborhood was inspired by the neighborhood of Cambuí, in Campinas and the city of Mogi das Cruzes, where de Sousa spent his childhood. Monica herself is a 7 year old, strong and decisive girl, who does not tolerate impertinence, but at the same time, has her moments of femininity, she will not let go of her blue stuffed rabbit called Samson (Sansão). This rabbit, which she loves so dearly, is also a weapon against boys. Monica frequently uses her superhuman-level strength to best neighborhood bullies, most notably Jimmy Five and Smudge.

I deliberately wanted to go against the grain with the team’s strongest member; I didn’t want the team’s muscle to some big, bulky guy; making the powerhouse of the team some huge Crunch McRockAbs would be what everyone would expect. A little 7-year-old who’s a bone-crusher? Sign me up.

Another thing the Fantastic Four has never had is an animal member. Yeah, they had H.E.R.B.I.E. the robot for a brief time, but that doesn’t count. As followers of this site know from past articles, I’m a big fan of Jumpy Ghostface. Like Monica he’s deceptively powerful; able to utilize a jump rope as a weapon and wrap his ears around his head like a ninja mask. I’m big on cutesy characters capable of kicking ass. ‘What’s his super power?’ you ask? You kiddin’? He daydreams battle strategies and solutions, even in the heat of battle, and whoever stares too closely at his swirling eyes while in daydream mode will get swept into his fantasy. Anyone who says imagination isn’t a superpower will get a lengthy lecture from the folks at the Children’s Television Workshop. Plus, I freaking love that name: Jumpy Ghostface. It’s adorably disturbing.

So there you have it. My Fantastic Four. A little off the beaten path, but still unique and entertaining. You’ll also notice that 3/4 of my quartet are female, this is intentional. Male dominated teams are a dime a dozen, again, I wanted to do something different. So now that our team has been assembled, there’s one question that needs to be addressed. 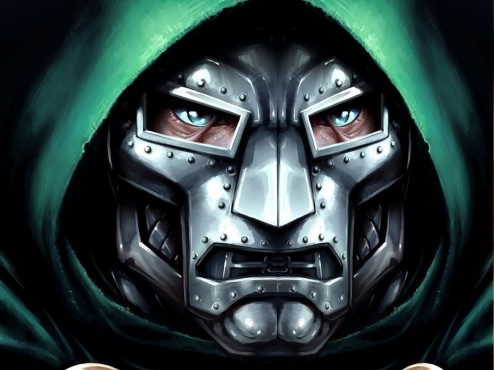 ‘HOW SOON UNTIL THEY FACE DOOM???”

Ah, no. Something much more pressing… 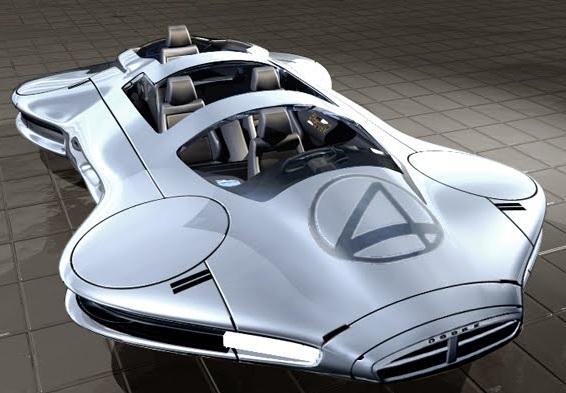 Who’s got the keys to the Fantasticar?

2 thoughts on “Cartoon Country: Build Your Own Fantastic Four”