On this Cartoon Couch, we’ll be looking at the world of Hero 108.

For those who don’t know, Hero: 108 is an European/American animated television series that has aired on Cartoon Network and the Cartoon Network international cable network, and Kabillion OnDemand channel in the United States that was created by Yang-Ming Tarng. The series was produced by Taffy Entertainment, in association with Gamania, Hong Ying Animation, Telegael Teoranta, and Turner Entertainment Networks International Ltd. It premiered on March 1, 2010.

Trivia Time: The show is very loosely based on ancient Chinese novel the Water Margin focusing on the exploits of First Squad and Second Squad.

The shows’ premise is conveniently explained in the series’ intro:

Basically, many years ago in the Hidden Kingdom, animals and humans lived in perfect harmony until an evil trickster named HighRoller arrived and fooled the animals into thinking humans were their enemies. Chaos reigned in the Hidden Kingdom until Commander ApeTrully formed a task force called Big Green to reunite the animals and humans while fighting the forces of High Roller and the Zebra Brothers.

Big Green is a peace-making force with goals to restore peace between the humans and animals:It’s roster consists of:

Commander Ape Trully – The leader of Big Green who is later revealed to be the king of the monkeys (hence the name, Ape Trully – monkeys aren’t apes, but let’s just go with it) but he keeps it a secret in order to protect Big Green’s morale.

Woo the Wise – a human inventor who was the first person to be convinced to join Big Green. At some points, his robe tends to rise up.

First Squad is Big Green’s elite warriors. Among its members are:

Mr. No Hands – Classified as Hero 020, Mr. No Hands is the military leader of Big Green’s First Squad though he does not go on missions as often as his teammates. He is a strict but kindhearted human who is easily irritated by the strong-willed warriors under his charge. The tassel of his hat is capable of spinning like a helicopter, allowing him to fly. The hat itself can shoot dangerous darts at his enemies. He keeps himself in a stockade because he cannot stop tickling himself if his hands were free, though Woo’s attempt to cure No Hands leads him to now use the stockade to keep his hands from hitting anything in punching distance.

Lin Chung – Classified as Hero 006, Lin Chung is known by some as the most accomplished, most skilled warrior in all of Big Green. He possesses the legendary Panther Vision, which allows him to see great distances, or to see the world in slow motion while he moves with speed. He wields a staff that can shoot edible bamboo shoots out at enemies. Lin Chung’s also has his “Master Stroke” in his arsenal which is devastating to all enemies. This move involves a great leap into the air while spinning his staff. He catches the staff, which propels his full body into a spin, projecting him at his opponent with massive force which was proven in “Rabbit Castle”. He has a hobby of drawing and sometimes dropping out of battles just to draw when he finds an inspiration like in the episode “Elephant Castle”. In reality, his drawings are awful, but his friends do not tell him that so he will not go into a state of depression up until Woo the Wise made a comment about art not being better than science in “Pitched Battle of the Air Force”. His drawing skills got better as the series progressed.

Jumpy Ghost Face – Classified as Hero 088, Jumpy Ghostface is the King of the Rabbits. He is a talented, straight-ahead fighter who dives headfirst into dangerous battles without flinching an ear. He may look cute as a bunny, but Jumpy is not the sort of animal you would want to meet in combat. He joined Big Green after being defeated in a jump rope battle. His weapon of choice is a jump-rope. He also uses carrots as weapons, either throwing them like shurikens or using them as grenades. He can wrap his ears around his head like a ninja mask. He also has a habit of daydreaming, even in the heat of battle. Whenever someone looks into Jumpy’s swirling eyes when he’s daydreaming, they end up in Jumpy’s daydream. Jumpy Ghostface also has a soft spot for insects and will not let anyone harm them. Jumpy is slowly learning human language by attending classes with Parrot King at Big Green. He has an active imagination and his thought balloons often convey unique solutions to difficult problems mainly interpreted by Lin Chung.

Mystique Sonia – Classified as Hero 103, Mystique Sonia is a tough, seasoned warrior. She is usually bickering with Mighty Ray. She can use her long tongue in battle to fight off enemies, using it like a whip and spinning it around to produce winds. Yaksha can also pull out a shard of ice which Mystique Sonia blows on it with her spinning tongue in order to produce strong and cold winds that freeze her opponents. She possesses seeds that grow freshly cooked buns when she spits on them for food. She can also play the flute. She likes flowers, decorations, and other pretty things. While powerful, she is also a total girl. It is not unheard of her for to take down Mighty Ray in a wrestling competition and then decide to redecorate the First Squad Briefing Room. Mystique Sonia is admired by many boy heroes, especially by the soldiers in the Big Green Army. The Sailor Brothers have a terrible crush on her as well. But woe to the one who tells Mystique Sonia he loves her. Since she is cursed with a spell, anyone who tells her he loves her three times in a row turns into a Yaksha. Mystique Sonia wears one Yaksha on her head like a hat.

Mighty Ray – Classified as Hero 025, Mighty Ray is a warrior of First Squad. Mighty Ray was once a member of Mr. No Hands’ giant foosball team. They were playing a match, but it was postponed as HighRoller, the Zebra Brothers, Bear Stomp and some of the toughest animal kings attacked the stadium. Mighty Ray defeated the animal kings, but the Zebra Brothers used their ghost lanterns to turn Mighty Ray’s eyes to stone. Mr. No Hands took Mighty Ray to a temple where Commander ApeTrully took Mighty Ray to see a giant stone skeleton monkey,who traded his own eyes for Mighty Ray’s eyes. He has the power to shoot electrical bolts of energy from his eyeballs. To recharge his eyeballs, Mighty Ray must eat more bananas which he dislikes. Trivia Time: In the Hero: 108 manga (and yes, there is one) Mighty Ray only has to touch his eyeballs to activate the bolts.

The main antagonist is High Roller. He was once a court jester who was banished from the Eastern Capital for insulting its emperor and wandered into the Hidden Lands. Upon getting struck by lightning, he gained the ability to communicate with animals and tricked them into thinking humans were their enemies. As the new Emperor of the East Citadel, HighRoller gets to do whatever he wants, and what he typically wants to do is attack humans (or get animals to attack humans for him), eat candy, read comic books, and play games.

The first thing that I noticed about High Roller is his distinctive headgear with the arrow going through it. 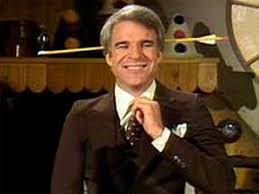 “That High Roller is a wild and crazy guy!”

The story line in a typical episode follows a formula, although the formula varies and several episodes depart from it: Commander ApeTrully goes on a mission to the castle of an animal kingdom to make peace and ask its inhabitants to join Big Green, bringing a gift of gold as a token of goodwill. The animals generally dismiss the gift, and usually capture ApeTrully who calls for help from First Squad. Members of First Squad (usually everyone except Mr. No Hands, who does come along on occasion) deploy by descending through a maze of tubes and landing on turtles fitted with tank treads, and then are launched through a tunnel and out over the water. When they arrive where ApeTrully is being held, a battle or contest ensues, during which special talents or abilities of the animals are revealed, often something based on their nature. After the battle or contest, the animals usually concede to First Squad’s skills saying through translation by ApeTrully (unless the animal rulers can talk) that they would be honored to join Big Green. After joining, the animals often are assigned a particular duty at Big Green based on their demonstrated skills, which may help solve a problem introduced in a subplot.

But I won’t be going into great detail about the series and the arcs and so forth, as I’m mainly going to talk about the Asian influenced fantasy world that the series takes place in, Hidden Kingdom. Hidden Kingdom is a strange, surreal setting in which animals and humans are more or less equals, with some of the animals being able to talk to the humans. I also like how the members of Big Green travel to their desired location:

We’ve already got cars that run on water! How about that, Eco friendly tree huggers?”

I’m not sure exactly when in history Hero 108 is supposed to take place. I do remember there being a train in one episode. In another, Big Green needed to produce a dragon, so they had to disguise several members in costume with effects as a fake dragon because “Dragons are mythical.” Really? This is a world full of animals and humans with weird powers but dragons don’t exist? That strikes me as being a tad curious. You’d think in a world like Hidden Kingdom, nothing would be too strange to not be real.

Anyway, I kind of like Hidden Kingdom as a setting. It’s like a cross between Dragon Ball‘s Earth and Animal Crossing. If there wasn’t a war between animals and humans going on, Hidden Kingdom might be a pretty cool place to live. I want to be one of the creatures with powers, of course . I admit that I’d like to be able to emit lightning bolts from my eyes like Might Ray. In fact, I had an idea for a comedy series that would have taken place in Hidden Kingdom. Originally, it was going to take place in a neighboring town many miles away from Hidden Kingdom where the war wasn’t nearly as prominent. Then I read about The Legend of Korra and then decided that my show would take place in Hidden Kingdom several decades after the war had ended. Of course, nothing came of this idea. Still, i think that Hidden Kingdom is a pretty cool setting, even if things in it are a little strange.

“Hidden Kingdom doesn’t seem all that strange to me, but then, I came back from the dead…twice!”